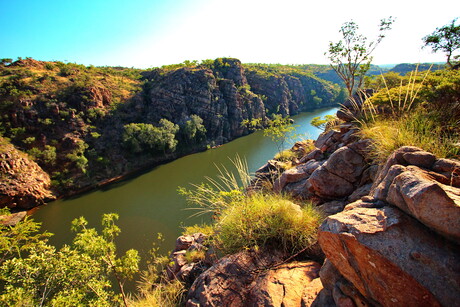 Newly published research has demonstrated that native Australian plants can be used to remediate PFAS pollutants floating in wetlands.

PFASs — or per- and polyfluoroalkyl substances — have been associated with health effects such as a decline in fertility, developmental delays in children and an increased risk of cancers. The chemicals have been used in non-stick cookware, fire-extinguishing medium and stain-resistant coatings, among other applications, but their health impacts have caused some obvious consternation about their presence in water systems. This research offers the ability to remove the chemicals from the environment in a green, sustainable and cost-effective way by simply cultivating native plants.

“PFASs are often referred to as ‘forever chemicals’ because they don’t break down, instead accumulating in the environment and in our bodies where they can cause adverse health effects,” said Dr John Awad from the University of South Australia and the CSIRO.

“Our research tested the effectiveness of Australian rushes to remove PFAS chemicals from stormwater, finding that Phragmites australis was the most effective at absorbing chemicals through its roots and shoots.”

The study used floating structures called constructed floating wetlands which can be moved about and placed in various bodies of water to be flexibly adapted to remove PFASs by providing a location for the native plants to grow and work their magic.

The research was published in the Journal of Hazardous Materials.