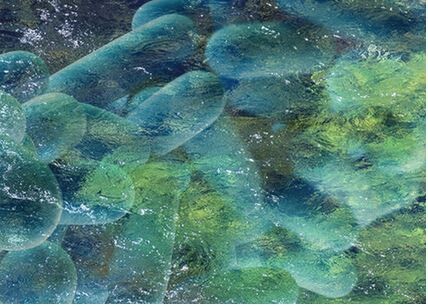 Water purification installations have made use of a biological purification method based on activated sludge since the 1950s. This involves mixing wastewater with a population of specific microorganisms. These microorganisms have a cleansing effect, since they feed on organic material in the water. Subsequently, the sludge is removed before the water receives further treatment using additional purification techniques.

Alarm in the Netherlands

Until recently, there was no reason to believe that purification using activated sludge could involve any risk to public health, but some recent events have revealed that this is in fact the case. In the Dutch towns of Boxtel and Son, a number of people living close to a water purification installation fell victim to Legionella contamination. Subsequent research showed that in both cases the bacteria were spread by aerosols released by activated sludge from a nearby water treatment plant.

This indicates that the presence of Legionella bacteria in sludge can indeed be problematic if they become airborne through the formation of aerosols. Once airborne, the bacteria can be inhaled by employees or nearby residents leading to illness and, in exceptional cases, even death. It is therefore very important to eliminate this airborne transmission of the Legionella bacteria as much as possible.

Activated sludge can only perform its cleansing function effectively if there is sufficient oxygen in the water. This is why traditional water purification installations extract oxygen from the surrounding air, adding this to the water by means of injectors. However, outside air is only 21% oxygen, making it a very inefficient process. Nitrogen, which forms the greatest part of the injected air by far (78% by volume), is not needed in the process.

Excessive emissions of aerosols occur precisely because the injected air is five times greater in volume than necessary. Not only is the process lacking in sustainability due to the large amounts of energy used to inject superfluous gas, the marked increase in aerosol production can also put public health at risk.

Air Liquide has developed proprietary equipment to inject pure oxygen into the reservoir. This reduces aerosol emissions by a factor of at least 100 compared to traditional installations. Henry’s Law on the solubility of gas in a liquid helps explain the phenomenon: “At a constant temperature, the quantity of gas that can be dissolved in a liquid is directly proportional to its partial pressure above the liquid.” Gas solubility depends on multiple factors, including the solubility coefficient of the gas used, the viscosity of the liquid, temperature, duration of contact and the contact surface (small gas bubbles increase solubility).

As well as the indisputable benefits in relation to Legionella, an installation based on pure oxygen offers many other advantages. For example, energy consumption can be much lower (6 kg O2/kWh) and the oxy-injectors can serve as dynamic mixers in addition to their use in oxygen injection.

Recent growth in Australia's plastics recycling industry has meant a surge in demand for...

A new sludge heater supplied by HRS Heat Exchangers has formed part of an upgrade to one of...