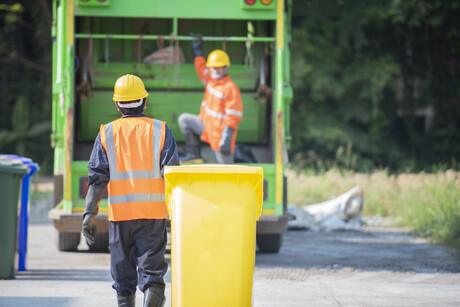 Victoria’s recycling infrastructure is set for a turbocharge, with the federal and state governments making major investments to double the state’s domestic glass recycling capacity, increase plastic recycling by 40% and create 350 jobs.

“The projects are the first tranche of a $46 million co-investment between the two governments under the Morrison government’s Recycling Modernisation Fund (RMF),” Minister Ley said.

“We are stimulating the economy by co-investing with states and with industry as we phase in bans on the export of waste plastics, paper, glass and tyres to protect the environment.”

“Not only will these seven projects announced today create jobs, but they’ll redirect 205,000 tonnes of glass and 23,000 tonnes of plastic out of landfill every year — it’s a massive game changer.

“It means more jars, bottles and fibreglass made of recycled glass and plastic, which will also be used to build new roads and footpaths throughout Victoria.

“Our investment in this new infrastructure is a big step in the right direction, generating more local jobs and new value from what would otherwise be waste.”

Senator for Victoria Jane Hume said that the projects would support both metropolitan and regional Victoria.

“This is an important partnership between the Commonwealth, states and the private sector, and one that will deliver a welcomed and significant boost to the Victorian economy,” Senator Hume said.

The projects include a new metropolitan processing plant that will accept 140,000 tonnes of glass each year, a regional facility to separate glass kerbside co-mingled material and equipment to produce a new patented system for concrete slab foundations made from 100% recycled plastic (processing 1655 tonnes of plastic each year).

A further $38 million of RMF co-funding with Victoria will be available through a new round under the Recycling Victoria Infrastructure Fund (RVIF), which will open for applications on 22 March 2021 and close on 7 May 2021.

Chemists from Rice University in Texas have converted pyrolysed ash from plastic recycling into...

A new recycling facility to be built by Remondis Australia in Dandenong, Victoria, will process a...