Report says e-waste will double by 2050 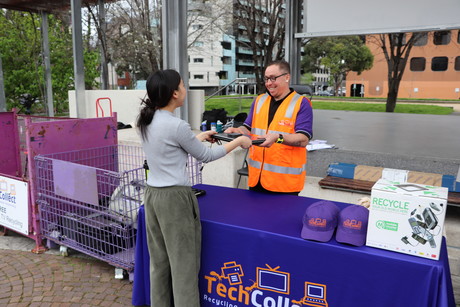 Ahead of International E-Waste Day on 14 October, the United Nations University released a report estimating that global e-waste will more than double by 2050 to reach approximately 111 million tonnes per year.

Following its success in 2018, almost 100 organisations from over 40 countries will participate in the second International E-Waste Day to raise awareness about our global e-waste problem, the fastest growing waste stream in the world.

The campaign was developed by the WEEE Forum, an international association of 36 e-waste collection schemes from 29 countries. It encourages users to consider the responsible management of their end-of-life electronics through repair, re-use or recycling, helping to divert valuable resources from landfill.

According to the WEEE Forum, Oceania (Australasia, Melanesia, Micronesia and Polynesia) produces the most e-waste per inhabitant, at 17.3 kg per person per year compared with1.9 kg in Africa.

The WEEE Forum’s only Australian member, ANZRP (Australia and New Zealand Recycling Platform), is this year celebrating an important milestone, having recently surpassed 160,000 tonnes of e-waste collected and recycled since inception through its national TechCollect program.

This represents an environmental net benefit equivalent to planting almost one and a half million trees, or a reduction in annual electricity usage equivalent to 162,000 Australian homes.

ANZRP CEO Warren Overton said collaboration across sectors is key to these achievements.

“ANZRP–TechCollect is committed to working with the electronics industry, government, community and most importantly its members to deliver outstanding environmental outcomes,” he said.

“As Australia’s only not-for-profit service provider under the National Television and Computer Recycling Scheme, our value proposition is to deliver best practice e-waste collection and recycling services in Australia and New Zealand.”

According to the UN, only 20% of global e-waste is recycled each year, meaning 40 million tonnes are either placed in landfill, burned or illegally traded and treated in a substandard way. This is despite 66% of the world’s population being covered by e-waste legislation.

Overton said the use of technology and demand for electronic devices will only continue to rise. “By 2020 it’s predicted that there will be 25–50 billion devices connected to the internet.

“While we encourage users to extend the life of their machines wherever possible, we recognise that efficient takeback programs and responsible recycling will be key to keeping materials in the value chain for as long as possible,” he said.

WEEE Forum Director General Pascal Leroy said, “The volume of e-waste is continually increasing and contains many valuable as well as hazardous materials that should be recovered or properly treated when items are discarded.

“While consumer awareness of how to dispose of e-waste correctly is improving, it is still a struggle to ensure that e-waste is collected and treated by organisations with the correct facilities and channels, thereby guaranteeing that this is done so in a legitimate, safe and environmentally friendly way.”

The WEEE Forum’s 36 member organisations will drive the initiative, inviting participation from businesses and individuals across the world to raise the public profile of e-waste.

Stronger concrete can be made from a by-product of steel creation, according to new research.