Is our recycling heading to Indonesia? 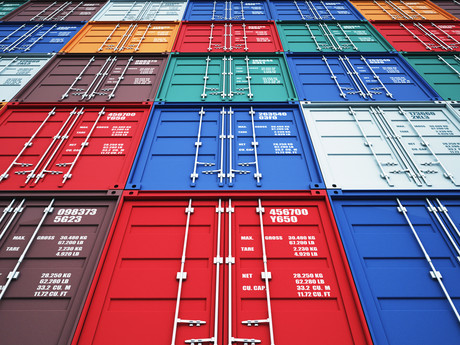 The Australian Council of Recycling (ACOR) has confirmed that the Indonesia-bound shipping container at the centre of recent media reports was sent by an Australian recycling company and is one of several companies to export similar material to Indonesia.

The shipping container, holding approximately 13 tonnes of mixed plastic material, was rejected by Indonesian authorities and sent back to Australia. It is reported that the waste originated from household kerbside recycling in suburban Melbourne.

ACOR was advised that the material in the shipping container was not ‘toxic’ but is in fact material that householders have put in their council recycling bins, such as plastic containers for motor oil and food products.

ACOR noted that one shipping container (or potentially eight) does not define any one company or the Australian recycling system. It does however reflect the reality of what is collected from Australian ratepayers via council kerbside recycling programs, and industry’s attempts to do something useful with heterogeneous material.

Similar container loads of exported mixed plastic have met all expected requirements under both Australian and Indonesian law and policy. However, across Asia, authorities are changing their approaches in line with their own domestic circumstances.

Of the 37 million tonnes diverted from landfill in a typical year in Australia, some 4 million tonnes are exported, the majority consisting of metal, pulp and paper.

According to the 2016–17 Australian Plastics Recycling Survey, 415,200 tonnes of plastic are collected for recycling, with 43.4% of this amount reprocessed in Australia and the remaining 56.6% (235,100 tonnes) exported. According to Australian Government figures, approximately 60,000 tonnes have been exported to Indonesia in the last 12 months.

Plastic exported to Indonesia is approximately 1.5% of the total amount of material exported for recycling and less than 0.2% of all material recycled.

Recyclable material has historically been exported because overseas buyers pay for it as inputs to make useful products. In the case of mixed plastics in particular, robust markets and infrastructure have historically been under capacity in Australia. In Europe, there are specific policies in place to promote domestic recycled content manufacturing. Without export, our recycling rate for plastics could fall to as low as 5%.

ACOR welcomes recent action by governments and industry to further develop Australia’s domestic recycling capacity and the opportunity to keep more material onshore. As part of its responsibility for the improvement of recycling, ACOR is developing an app to help householders keep their recycling cleaner, and is forwarding an industry accreditation approach with further details to be announced soon.