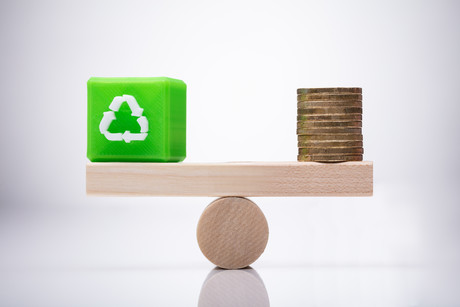 The Australian recycling industry has jointly responded to footage aired on current affairs program 60 Minutes, arguing that the program did not accurately convey the achievements of the industry.

According to industry stakeholders, Sunday 14 April’s 60 Minutes program failed to highlight the recycling industry’s contribution of around 50,000 jobs and $15 billion in value, with real potential for more benefits. The report also included a false claim that much of Australia’s plastic waste is being disposed of incorrectly in south-east Asia.

Australian Council of Recycling (ACOR) CEO Peter Shmigel said, “Australian recycling is highly successful, despite some ill-conceived claims in the broadcast. In fact, up to 90% of material collected for recycling is made into new products.”

Waste Management and Resource Recovery Association (WMRR) of Australia CEO Gayle Sloan said, “Australia’s industry is aiming to get even better through investment, innovation and community education to build a stronger domestic recycling system, and is therefore advocating a new labelling scheme for community confidence.”

The industry is also concerned that Australians who regularly recycle might be discouraged from doing so after viewing the program, urging the community to keep recycling because their efforts matter.

National Waste and Recycling Industry Council (NWRIC) CEO Rose Read said, “The community votes in favour of recycling through its very strong participation. We encourage householders to continue to separate and sort their recycling correctly to reduce contamination and realise the environmental and economic benefits of recycling.”

According to the National Waste Report 2018 undertaken by the Commonwealth Government, plastic exports from Australia decreased by 25% last year.

The report also found that:

It is estimated that between 10 and 15% of kerbside waste cannot be recycled because it is contaminated with nappies, soft plastics, garden hoses, bricks and batteries.

A claim was made by 60 Minutes that 71,000 tonnes of recyclable plastic was exported to Malaysia.

“If the claim that all these materials are not being properly processed is accurate, this is very concerning, as there are also legitimate processors in Malaysia. Seventy-one thousand tonnes represents less than 2% of the 4 million tonnes of what is actually exported and less than 0.2% of the 37 million collected for recycling,” ACOR’s Shmigel explained.

“The community want and support kerbside recycling. With better support from all levels of government, the waste management sector is well placed to achieve better recycling outcomes,” added Tony Khoury from the Waste Contractors and Recyclers Association of NSW (WCRA).

The local recycling industry, which employs more than 50,000 Australians and generates up to $15 billion in value, is currently making some of the most advanced recycling investments in the world in response to the impacts of restrictions across Asia. This includes high-tech infrastructure to improve sorting and processing to produce high-quality materials from recovered waste from households, businesses and construction sites.

A recent ReachTEL survey commissioned by ACOR found that almost 93% of people said reducing waste and recycling products into new products is important to them and 87% supported increasing recycling and reducing landfill by processing food and garden material from rubbish bins into useful products.

“There is not a shred of doubt that the industry wants to see maximum resource recovery. Our local industry is investing heavily and working collaboratively to upgrade local processing capacity, which in the past were, to some extent, built to meet China’s previous specifications,” WMRR’s Sloan added.

“We need a ‘Made with Australian Recycled Content’ label, which will do two key things — empower the community to take action and ownership of the materials they consume and incentivise manufacturers and brand owners to include recycled content in their packaging and products. This will create new markets for recycled materials and ensure a sustainable future for kerbside recycling, local resource recovery and remanufacturing. Developing any industry is a collaborative effort and one that takes time. As we move forward, the industry is seeking leadership from all levels of government.”