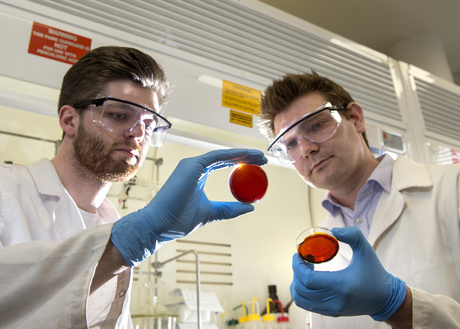 Flinders University researcher Dr Justin Chalker has led the development of a new, cheap, non-toxic polymer that literally sucks mercury out of water and soil. The polymer is expected to have a big impact on both environmental and human health, as mercury exposure can damage the central nervous system and is particularly dangerous to pregnant women and children.

Sulfur-limonene polysulfide (SLP) is manufactured from sulfur — a by-product of the crude oil industry — and limonene, which is found in orange peel and is an unused waste material from the citrus industry. Dr Chalker explained, “We melt the sulfur and add limonene to it, and then can coat devices or make it into any shape we like.”

Both components are readily and cheaply available, Dr Chalker added, due to the global abundance of waste sulfur and limonene. This makes the polymer affordable for use in large-scale environmental clean-ups.

“So not only is this new polymer good for solving the problem of mercury pollution, but it also has the added environmental bonus of putting this waste material to good use while converting it into a form that is much easier to store so that once the material is ‘full’, it can easily be removed and replaced.” 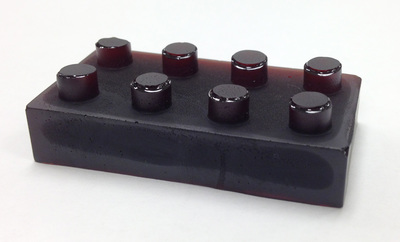 By lining storage containers with SLP, Dr Chalker and his colleagues have successfully removed mercury from rivers, ponds and soil. The material can transform water from toxic to nearly drinkable, with concentrations of mercury reduced 1000-fold — from several parts per million down to several parts per billion.

The dark red material, which looks like rubber, turns bright yellow when it absorbs mercury. Not only does this indicate that the SLP is saturated and “needs to be changed”, said Dr Chalker, but it also means it can be used as a mercury detector in areas where pollution is suspected.

After contact with SLP, the mercury remains permanently bound and can be stored safely without further environmental risk. Dr Chalker explained, “The mercury forms nano- and micro-particles that are embedded in the polymer and don’t get washed off even with flowing water.”

REDcycle has announced that its soft plastics collection program will be on a temporary pause...

Arnott's factory to transition to 100% renewable

Yoghurt tubs being made from ocean-bound plastic

Trade deals with India and the UK pass parliament