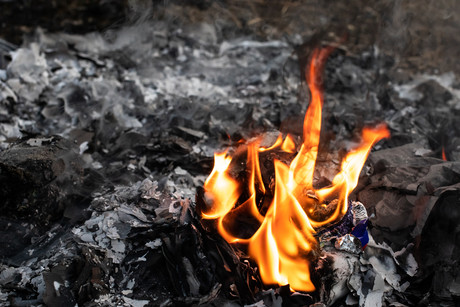 A media release on 16 October advised that the NSW EPA does not intend to allow mixed waste organic outputs (MWOO) to be used as a soil amendment on agricultural, mining rehabilitation or forestry land.

“If the NSW Government implements the EPA’s decision, waste to landfill or incineration will increase by some 25%, some 200 jobs may be lost and council rates may go up,” ACOR CEO Pete Shmigel said.

“It is hard to understand how an internationally proven product successfully used by local farmers and others for nearly 20 years — and which the NSW Government has previously said has ‘no human health impact’ — can now be banned.

“Compost products from all sources, including homemade compost in people’s backyards and bagged compost on the shelves at Bunnings, generally contain materials with impacts, as well as all their very beneficial aspects. The incidental impacts are managed through carefully developed rules and guidelines like Australian Standard 4454, which permits for trace levels of plastics and glass and other materials,” he said

EPA Chief Environmental Regulator Mark Gifford said, “The research undertaken on MWOO has been extensive, including an assessment of human health and ecological risks when applied as a soil amendment and advice from scientific experts.

“The research clearly shows that the potential risks outweigh the limited benefits of applying MWOO on agricultural land, given the levels of contamination left behind such as glass and plastics, as well as metals and chemicals.”

Shmigel commented that ACOR was “confidentially” briefed by the EPA that laboratory tests were conducted on material that exceeded permissible usage 10-fold.

“That’s like setting an emission level for cars using a test with a coal-powered train or some fictional car that’s 10 times larger than normal. It’s wholly arbitrary and illogical,” Shmigel said.

“The evidence appears incomplete at best, the process has lacked transparency and may well be compromised, the assumptions are highly flawed, the impacts of NSW Government policy goals are profound, the rhetoric about nappies going on farms is ridiculous, and the consequences to not only our industry but the agricultural, mining and timber sectors have been largely ignored.

“What is most regretful is that industry has on several occasions and in writing — both to the EPA and the Minister — offered to develop and invest in a new performance level to address their concerns. That offer has been de facto rejected or is now being dismissed as ‘unachievable’ without robust industry consultation. Therefore, the prospect of an environmentally beneficial and economically sustainable way forward has been seemingly ruled out by the EPA, which is fully unproductive,” he stated.

Shmigel commented that the industry has been positively contributing to the NSW environment and economy for decades and will act with purpose during the upcoming consultation period on the draft decision.

“The Minister has said he wants waste and resource recovery to be ‘self-sustaining, affordable and reliable’. The EPA position on MWOO will put all of recycling into disarray, increase taxpayer costs and send material to landfill or incineration. That is a bad result for NSW,” Shmigel said.

Green Distillation Technologies has signed a deal to build its first plant in the United States....