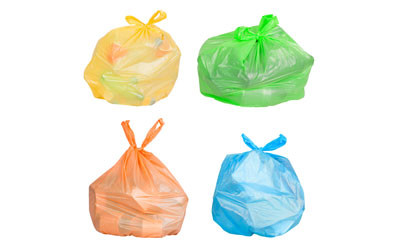 The Australian Council of Recycling (ACOR) has highlighted an issue associated with increased consumption during the COVID-19 shutdown, which is causing new plastic problems for Australia’s recycling and resource recovery system.

ACOR CEO Pete Shmigel said: “As people are staying at home more, there are exceptionally high levels of soft plastic going through the system. This includes items like fresh food packaging, biscuit wrappers, pasta and bread bags, some ready-to-eat meal packaging, the wrapping around paper towels and toilet paper, postal and delivery sacks, and plastic shopping bags. Regretfully, too much of this soft plastic is ending up where it does not belong — the kerbside recycling bin — and that spoils our good recycling efforts as a country.”

The following trends have been seen by the recycling and waste industries in the last two months:

Put into context, a report released late last year by the Australian Packaging Covenant Organisation (APCO) found that of the 5.45 million tonnes of packaging placed on the market in Australia in 2017–18, paper and paperboard had the highest recovery rate at 63%, followed by metal packaging at 48%, glass packaging at 46% and plastic packaging at a rate of only 16%.

According to Shmigel, COVID19 is adding to the massive challenges of plastic recycling in general. “Before COVID-19 emerged, the nationally adopted target for plastic packaging being recycled was set at 70% of plastic packaging being recycled or composted, and a commitment was made to the phase-out of problematic and unnecessary single-use plastics packaging. With these new and unexpected trends, these targets will be even harder to hit by 2025.

“We need change at both the supply and demand ends: behavioural changes from Australians to get it right at the kerbside and to return soft plastics to supermarkets; and, policy changes from governments, including:

“Upcoming communications campaigns to help consumers reduce kerbside recycling contamination from the governments of South Australia and Victoria are very welcome in this context, and their example should be followed by the other states. These campaigns go a long way to help inform Australians on what to recycle where, but it is ultimately all our responsibility to actively learn correct methods. In short — if you buy it, know how to recycle it.”

Researchers at the University of Sydney and ABRI have teamed up to champion the safe and...