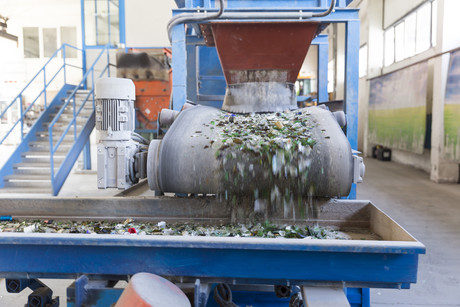 Kingston City Council has denied an application by recycling company Alex Fraser Group to extend the life of its recycling operations at Clarinda, south-east of Melbourne’s CBD.

Alex Fraser recycles problem glass waste from kerbside collections and construction waste, diverting them from landfill to make construction materials urgently needed for Victoria’s ‘Big Build’ infrastructure projects. Its Clarinda facility has the capacity to recycle around one million tonnes of waste each year — around 25% of Melbourne’s glass and construction waste, which is enough to fill the MCG every two years.

In 2015, six years after the Clarinda recycling facility commenced operations, Kingston’s industrial area was rezoned to be green wedge. Since then, Alex Fraser has been actively working with the state government to identify potential alternative locations — but with none found, Alex Fraser asked Kingston City Council to extend its permit, originally set to expire in 2023, for an additional 15 years.

“We need more time so we can continue to recycle until we can relocate, to avoid adding to Victoria’s recycling and resources crises,” said Alex Fraser Managing Director Peter Murphy.

“Victorians want certainty about what’s happening with their waste. If this key recycling facility is shut down in 2023, it would significantly impact on Victoria’s recycling capability, and cut the supply of construction materials that are helping to build Victoria.”

With the application having now been officially rejected by the council, Alex Fraser is calling on Victorian Premier Daniel Andrews to urgently intervene.

“If the Victorian Government allows the Clarinda Recycling Facility to be shut down by Kingston City Council, it will be disastrous for the state’s recycling capacity, and for Victoria’s infrastructure program,” Murphy said.

“If the Clarinda Recycling Facility is shut down, one million tonnes of recyclable material could go to landfill instead every year. Kerbside recycling will be further disrupted, with recyclable glass again going to stockpile or landfill.”

“This decision by Kingston City Council will … cut off the supply of construction materials urgently needed for Victoria’s Big Build — driving up costs, increasing trucks on south-eastern roads and blowing out construction timelines of major projects,” Murphy said. “A major metropolitan quarry would need to be established to counter the material shortfall.”

Murphy said it is appalling that Kingston City Council voted on this application without any consideration for Victoria’s environment, resource recovery or waste policies, the state’s recycling crisis and resource shortage, or the site’s impeccable operating history. Alex Fraser also put forward a Community Benefits Package, giving the Kingston community ownership of 22 hectares of land, along with $7.5 million for local sports and recreation facilities — which was apparently ignored by the council.

“While some councillors clearly understood the broader impacts, and voted to support the extension, this council decision smacks of hypocrisy. Kingston City Council claims that it is committed to the environment; however, this outcome undermines the community’s recycling effort and will increase carbon emissions,” Murphy said.

The Victorian Waste Management Association (VWMA) has also slammed the council, with CEO Peter Anderson claiming, “This socially irresponsible and greedy decision by the City of Kingston is a perfect example of why councils cannot be entrusted with decisions that have repercussions for the whole of Victoria.

“We stand in lock-step with Alex Fraser Group’s calls for Premier Andrews and Minister [Lily] D’Ambrosio to intervene on a decision that will only worsen Victoria’s recycling crisis, not to mention impact jobs and undermine what little confidence is left in the sector.”

Anderson said the decision was disastrous for the environment given the vast amounts of waste that could go to landfill and not be recycled into construction materials for the state’s infrastructure projects. Alex Fraser Group had also been set to increase the Clarinda facility’s glass recycling capacity by 200 million bottles per year.

“Alex Fraser Group is now responsible for recycling almost all of Victoria’s problem glass,” Anderson said. “When you think of the flow-on effects of this decision in terms of additional truck movements to transport waste to landfill and sand from far-reaching quarries, it’s hard to think of a more environmentally irresponsible decision.

“At a time when councils are waxing lyrical about climate emergencies, we have with the City of Kingston a council that has squibbed an opportunity to reduce emissions, reduce waste sent to landfill and recycle millions of tonnes of waste, and instead put their own interest ahead of the environment.

“The decision sends an awful message to private sector businesses like Alex Fraser Group, who we need to invest in waste and recycling technology. If our own governments won’t back the recycling sector, why would the private sector?”

BINGO Industries has opened what is claimed to be the world's largest and most advanced dry...

A student-led packaging design that turns peanut waste into packaging for a food company has won...