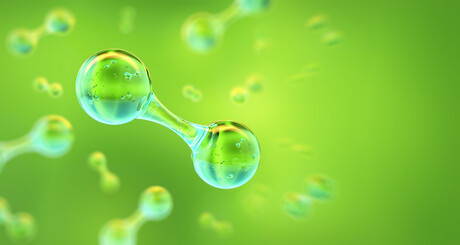 In its first investment through the Advancing Hydrogen Fund, the CEFC has committed up to $12.5 million to help Ark Energy Corporation produce green hydrogen to power what are expected to be the world’s heaviest fuel cell electric trucks.

The funds will be used to finance five purpose-built, zero-emissions trucks and the construction of hydrogen production and refuelling infrastructure to fuel them, helping deliver a more sustainable zinc supply chain.

The hydrogen fuel cell electric trucks will deliver zinc ore from Townsville Port in Queensland to the Sun Metals Refinery, where they will refuel with green hydrogen produced onsite, before taking zinc ingots back to the port in a 30 km clean energy round trip.

Ark Energy’s SunHQ hydrogen hub will include a 1 MW PEM electrolyser, compressors, storage and refuelling infrastructure that will produce up to 158 tonnes of green hydrogen per annum. It will be powered by renewable energy from the Sun Metals 124 MWac solar farm at the zinc refinery.

The project can also kickstart a thriving hydrogen economy in Queensland, with the site able to supply green hydrogen for a range of customers and offering the potential for further decarbonisation.

CEFC CEO Ian Learmonth said: “Australia’s ability to continue reducing its emissions depends on how well we tackle those areas of the economy that are harder to abate. So it is significant that our first investment through the Advancing Hydrogen Fund will catalyse the decarbonisation of heavy transport, where electrification has proven challenging.

“As a cleaner and more enduring energy source, green hydrogen offers important emissions abatement opportunities. The trucks that work in the heavy transport sector have ultra-heavy payloads and typically operate around the clock, so cannot be off the road for several hours to recharge.

“A lack of suitable vehicles in Australia poses another significant hurdle to decarbonisation. These unique Hyzon trucks will be custom built for Australian conditions, fast-tracking the switch to clean energy in Australia’s ultra-heavy transport sector by several years.”

The 140-tonne-rated Hyzon Motors hydrogen fuel cell trucks are expected to be the first of their kind in Australia, replacing their diesel equivalents in the Townsville Logistics fleet.

The transport sector is Australia’s third-largest source of greenhouse gases, responsible for 17.5% of emissions. Transport emissions have risen 41% since 1990.

The initial five zero-emissions trucks are expected to abate about 1300 tonnes CO2 per year.

The project is also supported by $3.02 million funding from ARENA, which has announced conditional approval, to be paid on the commissioning of the refuelling facility and delivery of the five fuel cell electric trucks.

Rino Recycling has partnered with CDE and Turmec to develop a smart recycling plant that will...

Intended to solve the problem of plastic waste in the region, the hub will boost collaboration...

The CSIRO has released research that shows the level of plastics pollution on beaches has been...