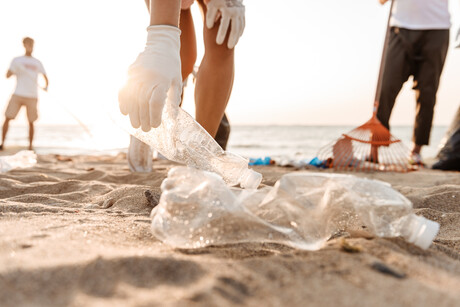 The CSIRO has published research showing that coastal plastic pollution has decreased by 29% in the last six years, with local government strategies having played an important part in this reduction. The ability for community members to sort their waste effectively, clean-up initiatives like Clean up Australia Day and surveillance programs that involved stewardship of the local environment and beaches were considered some of the important aspects behind the reduced plastics pollution.

“While we still have a long way to go, and the technical challenges are enormous, these results show that when we each play to our individual strengths, from community groups, industry, government and research organisations, and we take the field as Team Australia — then we can win,” Marshall said.

“Through our recently launched Ending Plastics Waste Mission, we’re each keeping a laser sharp focus on bringing together the best of ourselves across science, innovation and technology, to clean up our oceans and beaches for all Australians.”

The study builds directly on previous research. It features 563 coastal surveys and interviews with waste managers from 32 local governments. Lead researcher Dr Kathryn Willis said that local governments are an important component of waste control and that the research focused on identifying the governmental approaches that would have the most profound effect on reducing beach plastic pollution.

“Our research set out to identify the local government approaches that have been most effective in reducing coastal plastics and identify the underlying behaviours that can lead to the greatest reduction in plastic pollution,” Willis said.

“We were really surprised and excited to also find that there was on average 29% less plastic on our beaches than in 2013 when similar surveys were conducted.

“Whilst plastic pollution is still a global crisis and we still have a long way to go, this research shows that decisions made on the ground, at local management levels, are crucial for the successful reduction of coastal plastic pollution.”

The study was published in One Earth.