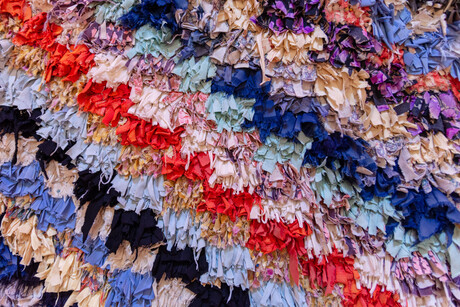 Ventia has collaborated with Veolia to deliver an innovative solution for textile destruction using a recycling system that converts textiles to biofuel. The system was first trialled at six Ventia-managed clothing store sites — CICKS Darwin, Townsville, Enoggera, RAAF Base Edinburgh, HMAS Cerberus and Bandiana — and has now been rolled out nationally.

Australian Defence Force (ADF) personnel are required to return combat clothing for disposal to prevent access by unauthorised personnel. Historically, a clothing store employee would cut items into strips with scissors by hand. This manual process was both time-consuming and posed a safety risk, particularly when hand-cutting combat boots. The strips were then used as rags or taken to local animal shelters, but unfortunately often ended up in landfill.

Ventia collaborated with Veolia to find a solution that would divert the uniforms from landfill, ensure certainty of destruction, and support Ventia and ADF’s sustainability targets.

In the trial, Veolia provided secure 600 L and 240 L tamper-proof disposal bins at each clothing store. Once full, Shred-X (sub-contracted by Veolia) collected the bins and the uniforms were machine-shredded, incinerated and converted to biofuel. The biofuel was sent to a facility that used it for electricity. 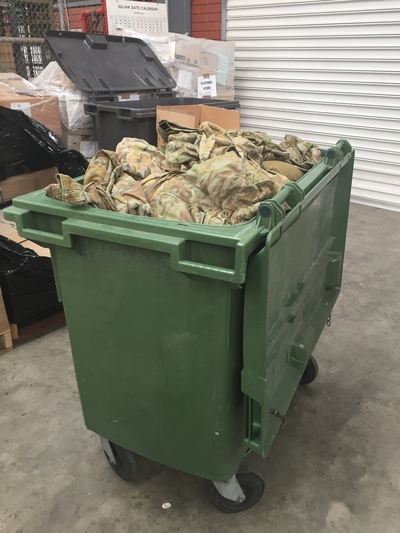 Across the three-month trial, nearly 7 tonnes (6894 kg) of combat uniform were diverted from landfill and converted to approximately 700 L of biofuel. That is the equivalent of the fuel required for approx 10 car trips from Albury to Canberra.

The recycling solution has streamlined processes and reduced time in manual handling at the clothing stores.

The system has now been rolled out across all National Clothing Stores nationally. It has also been applied in other areas of Ventia’s Defence business such as linen disposal in its Housekeeping Services for its Defence-Based Services contract. 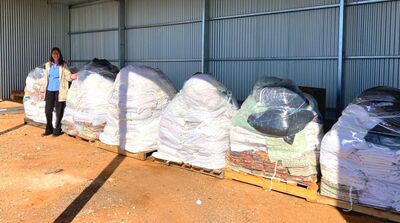 When Hayley French, Ventia’s National Service Delivery Manager for Domestic Services, heard of the plans to upgrade beds on Defence sites, she looked into applying the system used at its National Clothing Stores. She applied for an ‘Innovation to Defence’ to have the new process formally approved and now all linen and long-term lost property items can be disposed of through the same system. RAAF Woomera has been the first base to use this disposal method, discarding a year’s worth of redundant linen.

April Taylor, Ventia’s Domestic Services Coordinator at the RAAF base in Woomera, said: “The whole process turned out to be very quick and simple, and it was a pleasure to work with all partners involved.”