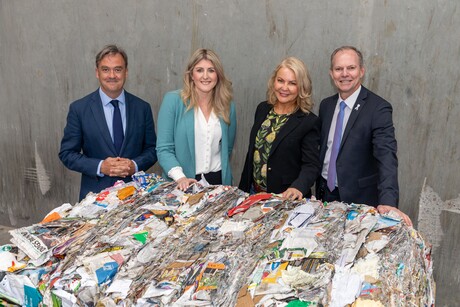 The 6000 m2 facility is able to process 60,000 tonnes of yellow bin recyclables every year and deploys advanced screening and optical sorting technologies.

Processing 25,000 kg of recyclables every hour including cardboard, plastic and glass, the facility is designed to meet the Council of Australian Government’s Export Ban requirements, which ensure waste is processed and reused in Australia rather than being shipped overseas. 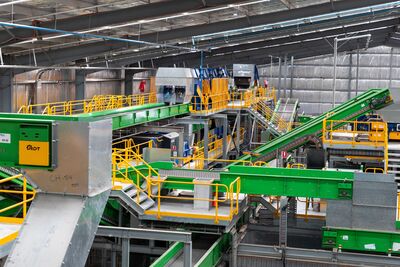 Developed as a public-private partnership, the SMRF is a joint initiative of Australian recycling and resource recovery specialist Re.Group and the Southern Region Waste Recycling Authority (SRWRA), which is a joint subsidiary of three South Australian Councils — City of Holdfast Bay, City of Marion and City of Onkaparinga.

The project has been partly funded by the Australian Government through a $5.3 million Community Development Grant allowing the facility to expand beyond processing the recyclables of the three partner councils to also service other regional councils and commercial businesses.