Food waste could be converted into batteries 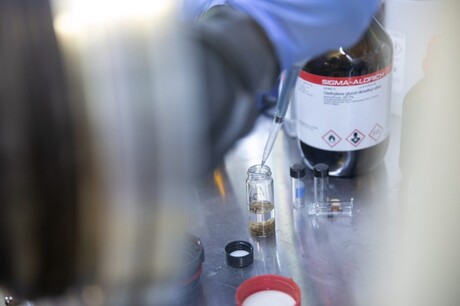 As the world works toward economically and environmentally friendly ways to power the devices that people use daily, two US researchers are investigating how food waste and its associated biomass can be converted into rechargeable batteries.

There is a heavy reliance on graphite — a limited resource — to make battery anodes, the negative terminals on batteries. Demand for reusable batteries is meanwhile skyrocketing, so there is a pressing need to reduce the environmental impacts of such batteries.

Virginia Tech researchers Haibo Huang and Feng Lin were playing a game of basketball when they were struck by an idea: why not convert food waste into battery materials? As noted by Huang, “Most of these wastes are put into garbage and then sent to landfills. We just need to solve the battery side.”

The researchers first tested different types of food waste material to see if any could be used to make batteries. Huang explained, “As a food processing engineer, I can modify the composition of the food. I could take the proteins and lipids out, along with some of the minerals, to see how it impacts battery performance.”

Based on their preliminary results, the researchers found that the fibre component in food waste — found in apple cores, spent grain and walnut shells, for example — was the key to develop advanced carbon materials that could be used as a battery anode. When certain compounds were removed from the equation, the essential compounds of cellulose, hemicelluloses and lignin after thermal treatment could sufficiently work for a battery.

The research is being funded through a three-year, $450,000 grant from the US Department of Agriculture Foundational and Applied Science Program, running through to April 2023. In the final two years of the project, the researchers will further test their food-waste-turned-carbon, with feedback from the lab to optimise the battery science. The final step will be an economic analysis on the feasibility of implementing this technology to ensure usage when pushed to the market.

“This research could be a piece of the puzzle in solving the sustainable energy problems for rechargeable batteries,” Huang said.

The anticipated initial uses of the technology are for affordable energy storage solutions for data centres or other large energy storage facilities where the size of the battery is not a factor. As they progress, the researchers hope to be able to turn food waste into a carbon that lacks the impurities experienced today.

“We have the opportunity to solve two urgent issues in two different industries,” Huang said. “A lot of energy is already put into the production and transportation of food in the food supply chain. We must recover the value from food waste. This is the perfect opportunity, as battery production looks for different materials than the traditional carbon.”