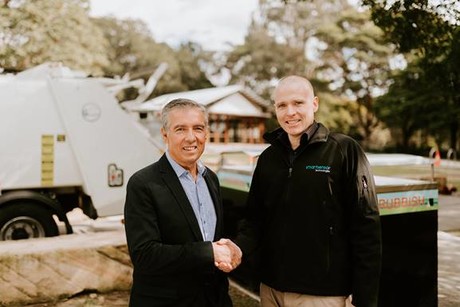 In partnership with Smartsensor Technologies, the City of Canada Bay in Sydney’s Inner West has launched a smart waste network incorporating long-range wide-area network (LoRaWAN) technology. The pilot program will install 95 smart sensors to provide the council with important information, such when a bin is ready to be collected, at the click of a button.

Claimed to be the largest Australian project of its kind, real-time data from bin sensors will be delivered via LoRaWAN, managed by Meshed.

“We’re committed to being at the cutting edge when it comes to smart city technologies like our bin-sensor pilot program,” City of Canada Bay Mayor Angelo Tsirekas said.

“With our population only continuing to grow, the program will enable us to respond to increased demand and use our resources wisely, deploying bins and collection staff when and where they are needed most.”

The wireless network enables information to be shared across long distances with minimal energy use, and is free for community use as part of the City of Canada Bay’s Smart City Plan.

“We look forward to our continued partnership with the City of Canada Bay and for assisting them in maintaining an optimised, smart waste management system for many years to come.”

The pilot program will be evaluated in 12 months’ time, with a view to installing further bin sensors throughout the city.

Plant-based diet choices for Australians are no longer a fad

Capitalise on the home-grown trend

Packaging webinar: Hero or villain in a circular economy?

Manufacturing contraction eases in May