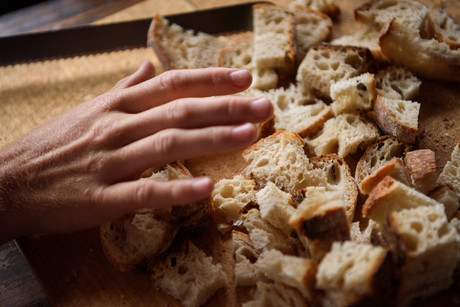 Edge Environment is celebrating its 10th anniversary by teaming up with 4 Pines Brewing Company to brew a very special birthday beer — made with bread as a key ingredient.

Beer and bread have had a deep historical relationship for centuries, so using bread left over from a local bakery to brew beer has been an idea that 4 Pines Head Brewer Andrew Tweddell had been playing with for years. Meanwhile, Richard Griffiths from Edge Environment was inspired by Toast Ale in the UK, which has championed using surplus fresh bread as one of its key ingredients.

“Could we mirror that initiative here?” Griffiths asked in the Edge Environment blog. “After all, here in Australia we currently send in excess of 3 million tonnes of edible food to landfill each year, with breadmaking a significant contribution to that total. Turning some of that into tasty beer seemed like an appropriate nod to our mission, while also giving us something to drink at Edge’s birthday party!”

After Griffiths got in touch with the team at 4 Pines, the two companies decided to come together to make the idea come to life. 4 Pines also brought to the table Provenance Flour and Malt, Brasserie Bread and the Crowe family of barley farmers.

Provenance Flour and Malt was established to develop pathways for single origin grain supply to bakers and brewers. Founder John Campbell explained that the use of these direct, traceable and transparent pathways “de-commoditises the grain and reflects the unique performance characteristics from individual farms — determined by farming methods, minerals and nutrients in the soil and the local climate”.

Thanks to Campbell, both 4 Pines and Brasserie Bread have relationships with the source of the grain they purchase. 4 Pines also has a strong relationship with barley farmer Andrew Crowe and his family, who champion efforts not only looking after their soil but also their local community.

“It’s essential for 4 Pines to honour the regenerative farming practices that Andrew Crowe has worked hard to put in place, by not wasting any of their grain — even the spent grain left over from the brewing process,” explained Kiera Murphy, 4 Pines’ sustainability policy and planning manager. “100% of 4 Pines’ spent grain is donated directly to an organic dairy and rescue farm in Kempsey, NSW, to support farmers to break cycles of debt and battle against the effects that climate change has on natural sources of feed.” Brasserie Bread also works with Campbell to do business with farmers in Australia’s renowned wheat growing districts, with a focus on using single origin wheat that can be traced back to the source. Surplus bread is a reality in the baking industry but if there’s no beer to brew, Brasserie makes sure that its leftover bread is used for livestock feed. The company also has a relationship with OzHarvest.

After making the bread-based brew, Edge Environment conducted a life cycle assessment (LCA) of the beer to investigate the environmental benefits of using waste bread in the brewing process. The combined effect of avoiding sending the bread to landfill, reducing the amount of grain used in the brewing process and sending the spent grain to be used as livestock feed reduced the beer’s carbon footprint by 24% compared to a regular craft beer. This was despite the additional electricity used to toast the bread in advance of it being used in the brew.

“Just for fun, we also calculated that drinking the beer on-site rather than bringing in a beer from another brewery in Sydney or Melbourne saved a further 1.5% or 62% respectively. Here’s to local beer!” said Griffiths. “On top of which, 4 Pines volunteered to buy offsets to cover the brew’s total footprint, meaning Upcycle Ale has the honour of being their first carbon-neutral beer.” 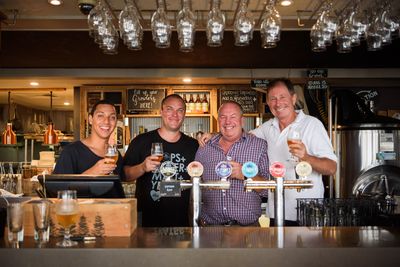 Edge will be enjoying the beer for its 10th birthday celebrations and the beer will be on tap at 4 Pines venues across the Northern Beaches. 4 Pines and Brasserie meanwhile intend on exploring more ways to work together to upcycle both excess bread and spent grain for new product development, with 4 Pines looking to explore ways to welcome more suppliers and farmers into the Brew Pub for collaboration brews.

We need to build an inclusive, circular economy and work together to create a market for the...

Four academics comment on NSW Government research into recycling and the development of advanced...