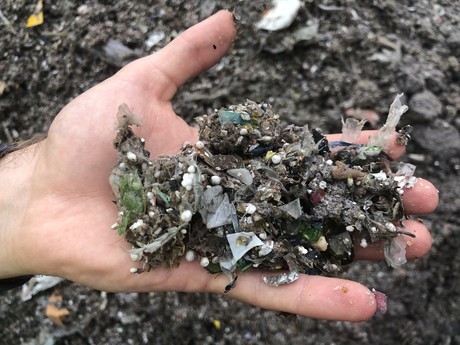 The NSW Government recently conducted a survey on recycling and plastic waste. Ahead of its findings, to be released later this year, four academics comment on research into recycling and the development of advanced waste conversion technologies.

The New South Wales Government recently conducted a survey on recycling and plastic waste. Ahead of its findings, to be released later this year, University of Sydney academics comment on research into recycling and the development of more advanced waste conversion technologies, as well as the future of recycling.

The University of Sydney recently placed first in Australia and second globally in the Times Higher Education Impact Rankings, which focus on protecting the environment while addressing inequality through sustainable development.

Despite greater awareness, use of plastic on the rise

Dr Lisa Heinze from the Department of Gender and Cultural Studies and the Sydney Environment Institute says that while there’s greater public awareness of the issues caused by plastic waste, consumption hasn’t dropped.

“Our landfills, landscapes and waterways are choking with plastic. Despite recent ‘plastic-free’ campaigns, global demand for plastic is on the rise, and nationally our plastic recycling rates are below 10 percent,” she said.

“I welcome the NSW survey on the future of plastics including considerations of what types of plastics may be phased out in the short and long term.

“Addressing the environmental and health concerns associated with plastics will depend on all of us — individuals, institutions and governments — working together and alongside industry toward a truly petroleum-based plastic-free future.”

Executive Director of The Warren Centre Ashley Brinson says rather than dealing with the issue of plastic through recycling, engineers must look at phasing out single-use plastic and packaging.

“Forward-looking engineers are working to design the problems out of short life cycle consumer products and wasteful single-use plastic packaging rather than merely apply end-of-the-pipe waste disposal and recycling,” he said.

“After 70 years of modern plastics, most economies still only achieve single digit percentages of plastics recycling, and ‘downcycling’ cannot cope with enormous volumes of disused plastic.”

Downcycling occurs when a recycling process creates a material that is lower in quality and functionality than the original product.

Professor Ali Abbas from the School of Chemical and Biomolecular Engineering is an expert in the circular economy — an economic system aimed at eliminating waste and the continual use of resources — and the conversion of plastic materials. 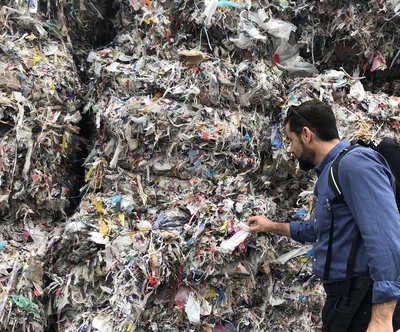 “A key priority for all levels of government today is reducing plastic waste. A significant move towards addressing the challenge of plastic waste — and waste in general — was recently made by introduction of the circular economy policy in NSW,” said Professor Abbas.

“This policy aims to facilitate as much recycling as possible, as well as minimise waste.”

Circular economy ‘must be measured’

“Although we have done a great job in Australia on recycling, to realise the full potential of the circular economy, we need to measure the recycling potential of individual products and track their pathways and reuse in the economy,” Professor Abbas said.

“We also need to expand technology beyond traditional recycling methods, as some recycling processes cannot efficiently deal with difficult wastes and may in fact be harmful to the environment, all the while remembering that reuse, repurposing and remanufacturing are also important.”

“A system-wide analysis of plastic waste should be conducted. It could evaluate the role sustainable technologies, like chemical recycling and energy recovery (waste-to-energy), play in plastic value chains,” Professor Abbas said.

“Waste-to-energy recovers energy from non-recyclable plastic and other materials that otherwise would end up in landfill. This is a mature technology and is safely applied around the world, particularly in places where environmental monitoring and regulation can be implemented stringently.

“Chemical recycling changes plastics back to fundamental chemical building blocks, which can then be used to make new plastic products, effectively displacing the need for raw resources.”

Plastic waste should be seen as a great resource opportunity

Professor Thomas Maschmeyer from the School of Chemistry and the Sydney Nano Institute has commercialised, with his start-up, Licella, a new industrial process, Catalytic Hydrothermal Upgrading (Cat-HTR), that chemically recycles waste plastics to turn them into new products.

“The water-based Cat-HTR process that I co-invented through my start-up, Licella, converts plastics into liquid (oil) and gas with a world-record 98 percent efficiency.

“The oil can be refined to new products, including chemicals, plastics and fuels, while the gas is used to run the conversion plant itself. This means no external energy input is needed other than electricity to run control systems and the waste feed system. Currently, large-scale commercialisation projects are underway in the UK and continental Europe.

“This technology will unlock the chemical recycling of plastics in an unprecedented way.

“We are also hoping to introduce the technology commercially into Australia — where it was created, after all — and we are currently looking at sites where we can get the licences to operate.”

Main image caption: Residue from a recycling plant showing mixed waste including plastic, glass, metal and other contaminants. Professor Abbas says this is an example of a difficult waste stream to work with. Credit: Professor Ali Abbas, University of Sydney.

Materials provided by The University of Sydney.

Out of puff: end-of-life plan needed for wind turbine blades

Tens of thousands of wind turbine blades will end up in landfill within a decade unless...

The e-waste crunch: why Australian organisations need to move away from a discard mentality

Running from 24–25 August at the ICC Sydney, the AWRE is designed for the waste, recycling...