The waste sector in Australia has significantly advanced over time with developments in technology and research. This has not only introduced advanced/alternative waste technologies (AWT) but has also enhanced waste recycling programs and techniques. Despite all the advances, landfills still exist and need to be managed appropriately. This can create a significant expense for councils. Phytocapping is a relatively new technology that has been trialled in Australia and could provide a beneficial alternative technique for landfill remediation, especially for small to medium-sized sites. 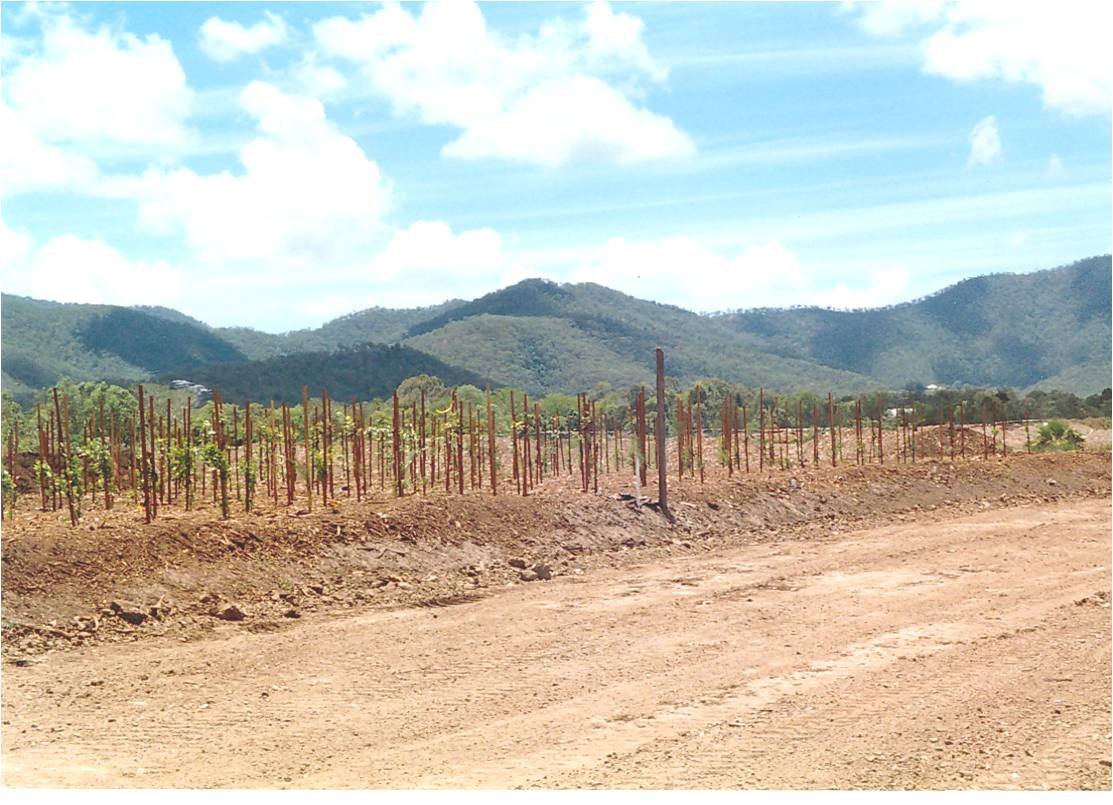 Over time, the operational and post-closure costs of landfills have increased due to increasing environmental awareness, introduction of waste levies and stringent EPA regulations. With over 600 operational landfills (licensed and unlicensed) in the country, the related environmental issues and the magnitude of the expense to councils are significant.

Landfill capping is a mandatory post-closure procedure carried out to isolate the deposited wastes from an outside environment, mainly water. Landfill capping involves placing a barrier over filled landfill to minimise percolation of water into the waste. 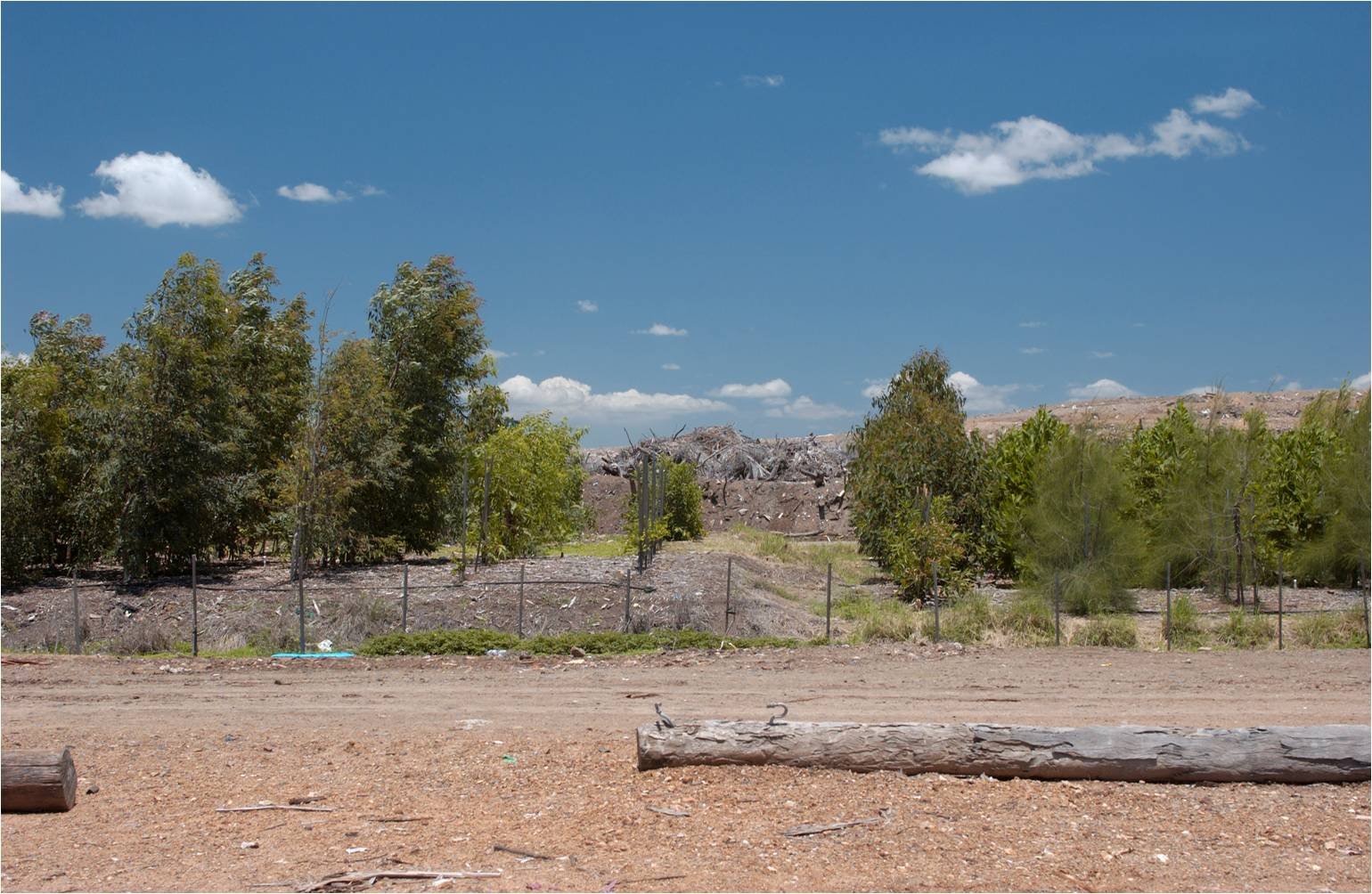 The most popular practice in Australia is the compacted clay caps. A typical clay cap recommended in Queensland contains 200 to 300 mm of earthen cover at the bottom, followed by a 500 mm layer of low permeability clay (Ks = 10-8 m/s), 200 to 500 mm of sub-soil base and 150 mm of topsoil on the top to support mild vegetation (eg, grasses) (EPA 2005).

Clay capping of landfills can not only be expensive but may not always be practicable for small and medium-sized landfills. Mandatory monitoring of the environmental performance of clay caps for up to 30 years creates difficulties for many councils, especially in semi-arid regions where the clay capping is prone to cracking, which increases the risk of percolation of water.

A new landfill capping technology called ‘phytocapping’ was introduced in 1991 by Idaho National Engineering and Environmental Laboratory (INEEL) for the US Department of Energy. In brief, phytocaps have two major components: trees that act as ‘bio-pumps’ and ‘rain interceptors’, and soil that acts as ‘storage’ (see Figure 1). The soil and trees together minimise percolation of water into waste.

The technology was trialled by the US EPA in various agro-climatic conditions in 1997. Since then, this capping system has been approved by the US EPA to be used on a full scale. The phytocaps in the US predominantly use grasses, shrubs and only two species of trees (Salix and Populus sp).

This concept system has been well received by the US EPA, but is still in its infant stage in Australia. For this reason, a trial was conducted to test the new technology as an alternative to clay capping. The trial was conducted at Lakes Creek Landfill, Rockhampton, in 2003. CQ University conducted the detailed research (Kartik Venkatraman - PhD student) with financial support from Rockhampton Regional Council via Phytolink Pty Ltd. The data have been presented in more than 20 national and international conferences and have been published in more than seven academic journals. 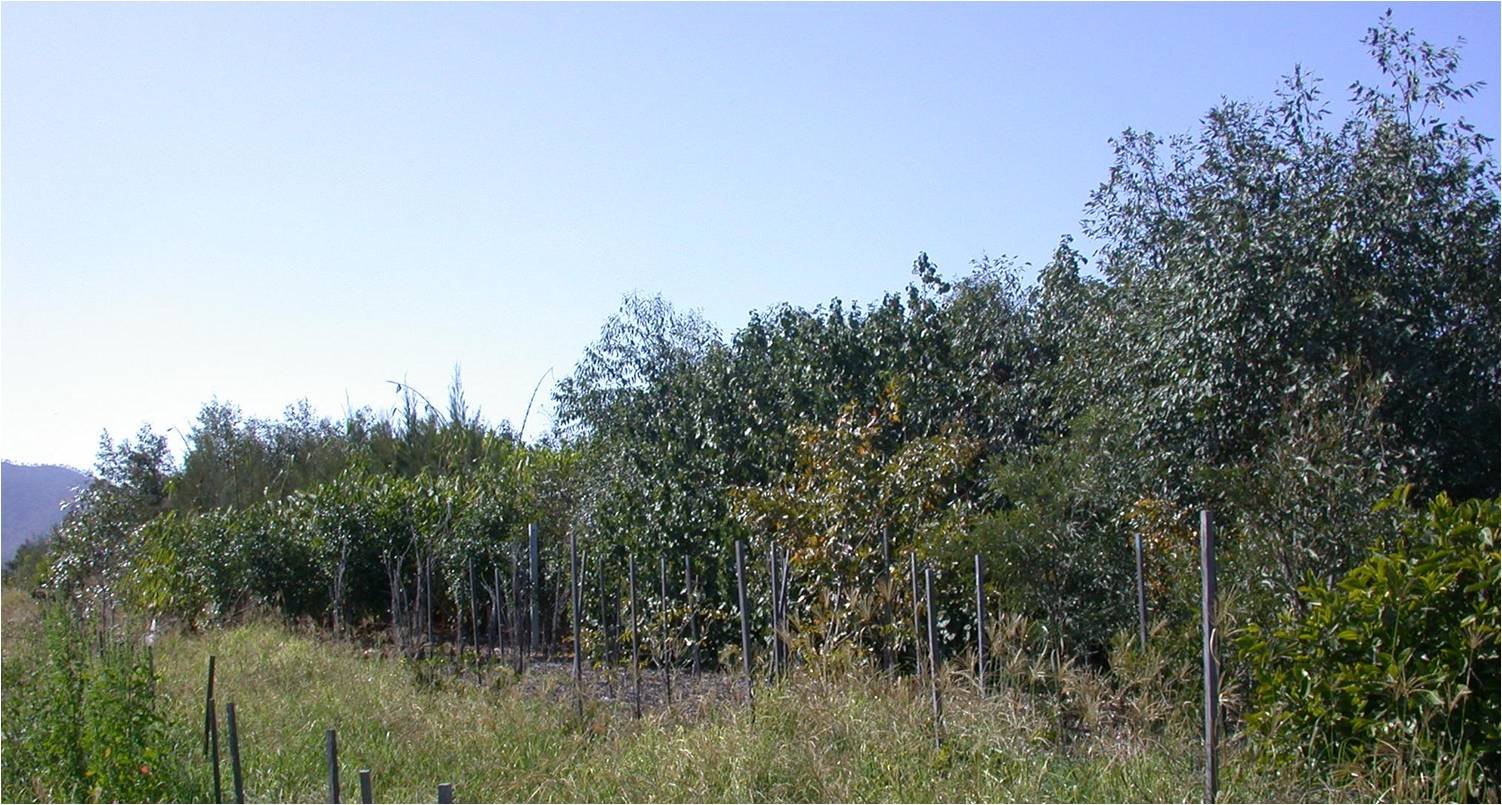 The study was the first of its kind in Australia focusing on the role of trees and soil in reducing water percolation into the waste and also the additional benefit of minimising methane emission into the atmosphere. The trial used 21 different tree species to create a benchmark in order to select species for the phytocaps. The technology is still in its infant stage with the A-ACAP trials (WMAA) being conducted nationally (WMAA, DERM, Phytolink and five University).

Results from the trial in Rockhampton demonstrated that the established phytocaps can intercept as much as 30% of the rainfall. The long-term sap flow monitoring data also show that the trees can remove water up to 2.1 mm/day (766 mm/yr). These two parameters alone, without considering soil evaporation, can control the entry of water into the waste on an annual basis.

However, from a practical point of view, annual water balance will be of limited benefit, as an estimation of daily water balance is required to evaluate the effectiveness of phytocaps.

Hydrus 1D is a software that takes into account plant growth and evaporation and was used by the US scientist to simulate the percolation rates for various sites using different meteorological and site parameters. Based on the field data and Rockhampton’s meteorological data, the software simulates the phytocap’s site water balance. It gives daily, monthly and annual percolation rates of rainwater during different rainfall events.

The results revealed percolation rates of 16.7 to 23.8 mm/yr-1 for thick (1400 mm) and thin (700 mm) soil cover respectively. The predicted percolation rate for the Rockhampton site is much lower than that expected from well-constructed and -maintained clay-capped landfill, around 2 to 3% lower. This reduced level of percolation is known to assist in the slow decomposition of the waste, thereby minimising the risk of buried waste causing a severe environmental hazard.

The trial results showed that the phytocapping system had a better or equivalent ability compared to clay capping to limit entry of water into the landfill. The cost of establishing phytocaps on landfills compared to clay caps is lower - construction of a phytocap is approximately half that of a compacted clay cap. Also, the phytocap solution is more practicable in the semi-arid regions.

Phytocaps can provide additional benefits such as reducing emission from landfills (four to five times compared to a bare non-vegetated site). Other benefits include: timber production, biodiversity conservation and promotion of native species in the region, in addition to the aesthetic value to the community.

Overall, results of this study demonstrated that the phytocaps are effective in limiting percolation of water into municipal waste at the Rockhampton site, which has a semi-arid climate. The trial also demonstrated the potential of phytocaps to reduce landfill remediation costs while offering additional environmental benefits.

Further research is currently being conducted to extend this novel method of remediation to other agroclimatic regions of Australia (http://www.wmaa.com.au/aacap/aacap.html), with the view to providing scientific data to regulatory authorities to seek their approval to use phytocapping as an alternative technique for landfill remediation.

*Kartik Venkatraman is working with the Central Queensland Local Government Association as Coordinator - Technical Services (CQ Waste Management) and is responsible for promoting best management practices for solid waste management among regional councils in Central Queensland. He is also pursuing a PhD in ‘Phytocapping of Landfills: Role of Trees and Soil in Restricting Water Infiltration and Methane Emission’ at CQ University, Rockhampton, Australia. He is a recipient of the Queensland Smart State Award (2005 and 2006) for his research on phytocapping and has also received the Best Project Award (Regional) and the Sustainable Project Award by Institute of Sustainable Resources (ISR), The Society for Sustainability and Environmental Engineering (SSEE) and Waste Management Association of Australia (WMAA) (2007).

UNSW's SMaRT Centre has developed a ‘material microsurgery' technique that can...

Help in working through the workplace regulatory maze

What labs designers need to know about equipment planning