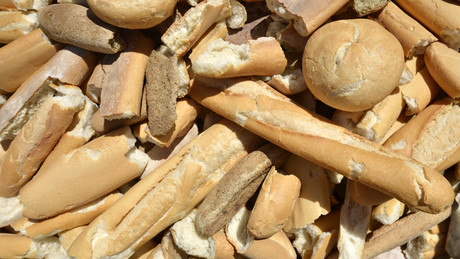 SUEZ and Yume have joined forces to tackle commercial food waste and combat the 4.1 million tonnes of surplus food going to waste each year.

Produced by Australian farmers and manufacturers, this enormous food surplus emerges before even reaching supermarkets, restaurants or homes.

According to a National Food Waste Baseline report, Australian households generated 34% of total food waste generated in 2016–17, with 55% associated with the primary production, manufacturing and wholesale sectors.

In a commitment to prevent quality food from going to waste, online surplus food marketplace Yume and waste management and recycling company SUEZ have formed a strategic partnership.

Yume will focus on delivering solutions for the top two stages of the food waste hierarchy — avoiding and re-using — and SUEZ will recover, recycle and treat as much waste as possible.

Yume CEO and Founder Katy Barfield recognised that in order to prevent food from going needlessly to waste, any surplus had to be identified early to retain the food’s value and allow it to be used for its intended purpose: human consumption.

“SUEZ is a bold organisation who is not scared of calling things as they are. They walk the talk and they agree that it takes a whole of industry and government approach in order to change our waste economy into a circular economy,” Barfield said.

SUEZ Australia and New Zealand CEO Mark Venhoek said by partnering with Yume, SUEZ continues to focus on building its existing local infrastructure and driving innovation and collaboration across the industry.

“We need to start taking responsibility for all the waste we produce, and we can achieve this by joining forces to speed up the development of more advanced approaches to recycling in Australia,” he said.

“SUEZ is committed to collaboration across industry. This partnership will leverage off our national presence and extensive network of customers to connect food suppliers with food buyers — achieving better outcomes for quality surplus products that [are] at risk of going to waste, in order to create sustainable value for our customers.

“Yume has already sold over 1.35 million kilograms of quality surplus food, returning nearly $5 million to Australian farmers and manufacturers. This is an incredible achievement and testament to Katy Barfield’s passion and commitment to the industry,” Venhoek added.

A story of success

Yume’s platform is a one-stop solution that manages all surplus including bulk ingredients, by-products and finished packaged goods that may have labelling errors, are a result of overproduction, are close to best-before or are deleted lines.

One of Yume’s success stories was finding a home for 550,000 individual 50 g yellowfin tuna sachets that were destined for landfill due to a discontinued product line. The sachets were unlabelled as they had been intended to form part of a meal kit. Despite this, Yume found sandwich manufacturers and several new retail outlets who were happy to bundle them up, label and sell the product in their stores. The manufacturer was able to avoid disposal costs and get a return on their stock, and store owners had a premium tuna product at a discounted price.

Yume and SUEZ have called on business leaders to play their part and join the fight against commercial food waste. Taking action will allow companies to be part of the solution to most efficiently utilising our finite resources.

Businesses can no longer ignore Expanded Polystyrene (EPS) as a major waste stream.

Getting junk out of space