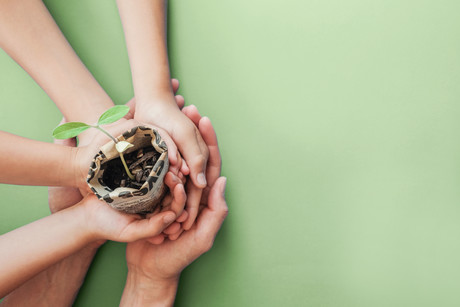 More than three-quarters (80%) of young families — those with children under 11 years old — surveyed in a new study agree Australia could do more to reach Paris Climate Agreement goals, compared with 71% of Australians generally. Almost two-thirds (64%) say Australia could be powered entirely by renewables, compared with 56% of the general population.

These are among the key findings in a survey of more than 1000 Australian residents conducted by Lightspeed Research, which found that almost two-thirds of respondents say the country doesn’t do enough to prioritise green initiatives and lags other countries on the uptake of renewable energy. The research report, ‘Australia’s Energy Future’, was commissioned by Redback Technologies, an Australian provider of solar and battery storage systems.

“While it’s clear that the majority of consumers are passionate about the issue of climate change, younger families are particularly concerned,” said Redback Technologies CEO Patrick Matweew. “This is likely because they know their children will experience the worst effects of today’s inaction.”

Many young families are looking to take matters into their own hands, with 84% agreeing they have a personal role to play in ensuring Australia’s renewable energy future. Nationally, 72% of respondents felt this way.

Almost half (45%) of young families have meanwhile considered buying solar and batteries, compared to 34% of home owners across the country. While contributing to a more sustainable future is a driver for 24% of young families, more than half (59%) would be motivated to switch to use more renewable energy in their home if it helped them save on cost.

To open this image in a new window, click here.

“Beyond sustainability, energy costs are a clear cause of anxiety for young families and most Australians,” Matweew said. “By using solar energy and storage systems consumers can not only generate their own power and offset price hikes, they can also reduce their carbon footprint and play their part in supporting the resilience of our country’s energy infrastructure. It’s one of the most direct and powerful ways of contributing to Australia’s renewable energy future while also looking after their wallets.”

The three biggest barriers to buying a combined solar and battery system, according to the survey, are perceived upfront costs (80%), a lack of understanding about how these systems work (36%) and knowing how to purchase one (35%).

“There’s clearly an education gap when it comes to solar and battery systems which the industry must address,” Matweew said. “It’s imperative that we continue to help consumers understand how solar and battery storage systems will help them achieve sustainability and financial goals, as well as how subsidies can overcome some of the initial purchasing barriers.

“We also call on the government to further assist consumers by creating an aligned, national approach to supporting consumers looking to purchase solar and storage systems, provide easier energy network access for consumers looking to feed into the grid and setting sensible standards that don’t increase red tape for users looking to go renewable.”

Schneider Electric's Innovation Day, which brings together the IT, data centre and built...