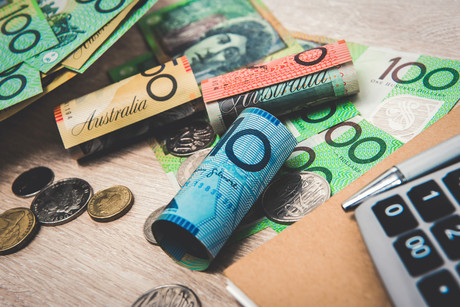 The SA State Government has announced it will increase the Solid Waste Levy from $100 to $140 on 1 January 2020, causing shockwaves at the Waste Management and Resource Recovery Association of Australia (WMRR).

WMRR CEO Gayle Sloan stated, “Industry supports all government action that promotes resource recovery and market development; however, it is not as simple as drastically increasing landfill levies.

“Industry was prepared for the original $3 increase; however, it has been blindsided by this new amount of $40, which is far greater than planned.

“The timing and notice of this new levy increase is completely unsatisfactory — it does not allow businesses and local government with locked-in 2019/ 20 budgets to prepare for this additional cost and it does not allow time for implementation of increased resource recover measures,” she explained.

“We need carrots not just sticks to achieve what we all want — landfill diversion and resource recovery, which results in SA jobs!”

SA has been a national leader in resource recovery, achieved by a blend of policy, guidelines and levy drivers. The state’s waste and resource recovery industry contributes over a billion dollars to the economy, employing over 4800 people. A strong working relationship between all sectors of industry as well as a high-level advisory group to government have contributed to the success of the state government’s resource recovery strategy; however, the WMRR is extremely disappointed that that the levy increase was not discussed with this advisory group.

Sloan has suggested that the SA Government look to Queensland as a model for implementing such a rapid change in levy amount. “The Queensland Government also looked to implement such a change on 1 January; however, this was moved to 1 July and a year’s notice of such change given, and mechanisms put in place to manage such a large impact on councils and households — there is no such notice or mechanisms apparently planned in SA,” Sloan stated. “SA could also use this as a model for providing levy relief to MRFs [material recovery facilities] and remanufacturers.”

Although the WMRR agrees that a landfill levy is an integral part of a successful waste and resource recovery policy framework, it cannot be the only response by government. The association believes that a large levy increase, without policy support, has the potential to lead to unintended outcomes such as illegal dumping. “A good levy is a certain levy with telegraphed changes that industry can plan for and respond to,” Sloan said.

Sloan added that market demand is needed to successfully divert resources. “Industry has been trying to create market demand for recyclables — the Minister has effectively, with this increase, given industry 6 months to make it happen. We call on government to demonstrate leadership and mandate recycled procurement for all government agencies at all levels now,” she stated.

“We call on SA to continue to be a leader in Australia and implement sustainable procurement policies now. The SA Government needs to work with industry to remove a number of policy barriers that would create real jobs and investment in SA — for example, with only 54% of municipal waste being diverted, we need support to remove the barrier to weekly FOGO [food organics and garden organics] collections for the implementation of a kerbside food and organics service, levy relief for MRFs and a workable energy from waste policy,” she said.

A new brand has been revealed for the Green Building Council of Australia and Green Star.

Australian builders are calling on construction industry professionals to take a stand on the...