TikTok, it's time to promote food-waste reduction on socials 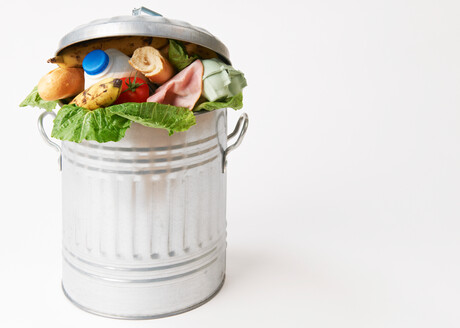 Social media campaigns can be an effective tool for evoking behavioural change towards reducing food waste, according to research conducted at Queensland University of Technology (QUT).

A research project led by Dr Jenny Hou from QUT’s Digital Media Research Centre and School of Communication is examining how to measure the effectiveness of social media campaigns in reducing food waste. Early findings suggest they can change behaviour, especially when tapping into cultural identity and aesthetic factors.

The researchers have found that social media campaigns work best as part of a broad promotional mix and when they are fun and inspirational rather than preachy. The team believes that TikTok could be the best platform for the purpose.

“Yet it is also a mundane, everyday phenomenon. Unlike veganism, climate change or animal activism, it does not tend to polarise public opinion, so public educational campaigns can link behavioural change to mainstream values like saving money.

“These are catchy, but little is known about how influential they have been. They may attract lots of ‘traffic’, but evaluation of social media’s effect is a common puzzle across all public education/intervention scenarios, including road safety and anti-smoking campaigns.”

Social media: The real impact on food waste reduction beyond the swipe or the click is funded by Australia Government Cooperative Research Centre Fight Food Waste and the NSW Environment Protection Authority.

The initiative aims to develop a comprehensive framework for evaluating the impact of social media campaigns on changing people’s food waste behaviour beyond social media analytics such as likes, comments and shares, which are only indicative of awareness building.

“Social media are definitely useful in getting a conversation going and creating movements. To truly evaluate the impact of social media campaigns on behaviour though, we need to link to specific end behaviours being asked for,” Dr Hou explained.

“So, you distinguish between what we call ‘vanity’ metrics — which is when people sign up for a program or download an app — and actual food waste-related behaviour such as buying less, shopping locally and cooking leftovers, which shows up via personal data collection.

“Behavioural change often arises from positive emotion so making a campaign that is fun and inspiring to participate in will work better than one that is designed to shame people.”

Dr Hou suggested that testing actual behavioural change through ‘gamification’ could be useful, such as a ‘fridge challenge’ involving cooking leftovers.

“TikTok is potentially the best platform to promote behavioural change because of its participatory work design in which people translate and transform ordinary life moments. This can then be shared across other platforms.”

Dr Hou said the research would result in an Evaluation Wheel and Framework of Social Media Impact toolkit that can be drawn from by practitioners, managers and industries to measure their return on investment in social media campaigns/projects.