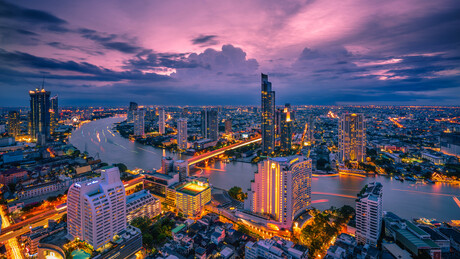 Schneider Electric has been recognised by the Center for Resource Solutions (CRS) for its leadership in building renewable energy markets and green power procurement in Asia — receiving a Renewable Energy Markets Asia Award at CRS’s inaugural Renewable Energy Markets (REM) Asia conference. Schneider Electric was selected for the award based on its commitments to a clean energy transition.

The renewable energy landscape in Asia is moving faster than ever before. The goal of the REM Asia conference is to support the growth of renewable markets in Asia, focusing on corporate sourcing through green tariffs, certificates and power purchase agreements (PPAs). The event connects leading industry players throughout Asian renewable energy markets to network, learn and plan for the future of the region.

“We’re proud to honour Schneider Electric at the Renewable Energy Markets Asia Awards in recognition of its efforts in providing access to clean electricity throughout Asia,” CRS Executive Director Jennifer Martin said. “By investing in environmentally sustainable companies that provide clean energy to communities that lack a reliable supply, Schneider Electric is doing its part to ensure equal access to energy throughout the region.”

Schneider Electric has pledged to achieve carbon neutrality by 2025 and net-zero CO2 emissions by 2030. Last year, renewable energy powered 80% of the company’s operations, up from just 2% in 2017. This increase is the result of a strategy to maximise the adoption of onsite capacity, PPAs and certificates. Over a three-year period, the company has equipped 15 industrial sites in China with onsite solar generation, with plans for three more to be commissioned in 2021.

Schneider is also a market leader in commercial solutions to digitise operations, minimise energy usage and emissions, and maximise renewable energy utilisation. Schneider’s goal is to help its customers save 800 million tons of CO2 between 2021 and 2025. The company’s Energy and Sustainability Services (ESS) division has advised on more than 100 direct and virtual PPA transactions for a total of more than 9000 MW globally as well as the brokerage of nearly 100 million MWh of energy attribute certificates, said to make Schneider Electric the world’s largest adviser on corporate renewable energy procurement. ESS recently established an office in Singapore to provide advisory services to companies with Asian operations.

The acknowledgment from CRS follows Schneider’s 2020 recognition as the Climate Group’s RE100 first Clean Energy Trailblazer, acknowledging Schneider’s drive to help decarbonise the world by accelerating the adoption of renewable energy. In January this year, Schneider was ranked the world’s most sustainable corporation by Corporate Knights, a media and research company focused on corporate sustainability performance.

Closing the loop on nappies: an Aussie trial

Kimberly-Clark announces details of its nappy recycling pilot that could provide Australia with a...