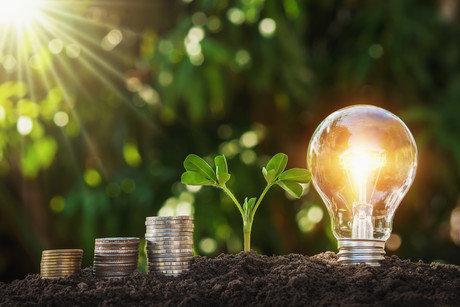 A report released by ClimateWorks Australia points to an unprecedented opportunity for Australia to move to a net-zero emissions economy by 2050, given the rapid progress and plummeting cost of green technology.

The report — Decarbonisation Futures: Solutions, actions and benchmarks for a net zero emissions Australia — demonstrates that Australia has entered the transformational decade for addressing climate change, but this transition needs to speed up, requiring ‘all-in’ action by governments, businesses and the community.

The report details how major sectors of the Australian economy can move to net-zero emissions by accelerating investment in existing technological solutions. These actions can also support efforts to rebuild the economy following the COVID-19 pandemic.

“The stimulus to recover from the pandemic will need exactly the sort of actions that are needed to address the climate crisis, too,” ClimateWorks Australia CEO Anna Skarbek said.

“If we get this right, we can meet Australia’s international climate change commitments, create jobs in sustainable industries and set ourselves up for a smoother and speedier shift to a zero emissions economy.”

Skarbek said that both the COVID-19 and climate crises exposed the need for governments to ensure the safety of their citizens.

“The pandemic is causing extraordinary pain and disruption, but it also shows that businesses, individuals and all levels of government are willing to support each other and work together in response to a crisis.

“And the measures to address climate change that we identify in this report would not be anything like the economic shock we’re experiencing at the moment.

“If there was ever a time that we could have confidence we can go all-in, all together, to bring forward investment in known zero-emissions solutions, that time is now,” she said.

Building on its 2014 report — Pathways to Deep Decarbonisation in 2050 — developed with ANU and CSIRO, ClimateWorks’ newly released report finds that global innovation over the past five years has closed the technological gap, enabling Australia to deploy technologies to produce zero emissions in sectors including electricity, transport and buildings.

Beyond ready-to-go solutions, Australia has access to emerging technologies in harder-to-abate sectors such as heavy industry, agriculture and land.

“Some of these technologies had not been identified at the middle of last decade,” ClimateWorks’ Head of National Programs Amandine Denis-Ryan said.

“Now we can see a zero emissions world across all sectors of the economy.”

In transport, renewable-powered electric cars, buses, trams and trucks are ready to be rolled out; in fields such as aviation and shipping, accelerated R&D investment in biofuels, electrification, and renewable hydrogen and ammonia can close the gap to zero emissions by 2050.

Although the report finds that electricity generation from renewables is now cheaper than new fossil fuel generation, even when accounting for hours of storage — and with battery storage costs 80% cheaper than in 2010 — the report reveals the urgency of Australia’s task, especially over the next decade.

“To achieve the Paris climate goals we have to halve our emissions by 2030 at the latest,” Denis-Ryan said.

“We now know we have enough technological capacity in the Australian economy to get there. But we need to get these technologies out the door at every opportunity.”

According to the report, governments must go beyond business-as-usual approaches by setting targets, providing incentives to stimulate private investment and investing in infrastructure, among other actions.

Since the release of ClimateWorks’ 2014 report, the global carbon budget to enable the world to stay below 1.5 or 2°C of extra warming has reduced.

“Even though we have lost time, technology has also progressed faster than expected, so we are now well placed to leapfrog to zero-emissions technologies in all sectors,” Denis-Ryan said.

“To date the paths to decarbonising each sector of the economy have not been widely understood. This report shows the ways it can be done,” she said.

“Zero-emissions pathways now exist in all sectors of the economy. Australia can install the technologies at enough scale if there is strong action by government, businesses and individuals, starting from today.”