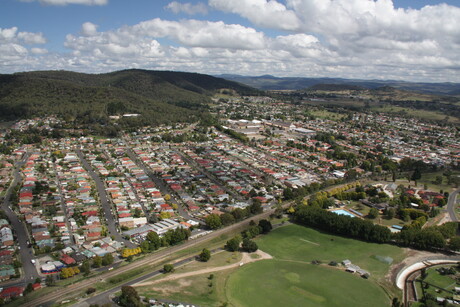 A local manufacturing hub in an established NSW regional centre, such as Lithgow, would speed up the NSW Government’s electric vehicle (EV) vision for the state, according to Western Sydney Regional Organisation of Councils (WSROC).

However, with 8000 buses to be replaced statewide, WSROC President Barry Calvert said the transition is an opportunity for the government to invest in locally manufactured vehicles, by establishing a regional manufacturing hub.

“The drive toward an electric vehicle transport future is underway, and the NSW transition goal is striking out in the right direction. However, establishing a local manufacturing hub needs an accelerated vision of resourcing and investment.

“An accelerated vision for local manufacture would provide an enormous boost to a regional centre such as Lithgow. The birthplace of Australia’s iron and steel industry, Lithgow has a proud manufacturing lineage, impacted by industry shifts in recent years. It is a city of skilled and capable workers, ready for new opportunities,” Calvert said.

“For decades, Lithgow has played a central role in support of the NSW economy through the provision of a stable, bulk electricity supply to the grid. Our miners and power station employees are frontline workers, because houses, hospitals and industry do not function without energy. But the number of jobs in these sectors is diminishing.

“At the crossroads of four major highways, Lithgow is the gateway to both Sydney and the Central West. We boast real opportunity for a tree-change lifestyle within reach of the metropolis, and an ample supply of affordable housing.

“Lithgow is slated for new renewable energy infrastructure, but concern exists about the small numbers of jobs they offer. A manufacturing hub for electric-powered buses in the city would be a masterstroke for the NSW Government to lead, bringing real vision to transitioning regional futures — including the much-needed jobs that come with a shift to renewables — as well as building confidence in our national capabilities.”

Calvert added that the government’s target to transition the state’s full fleet of 8000 buses by 2030 will need significant investment.

“While the Minister has reiterated this goal, currently these buses are being made partly overseas and partly locally. An investment in local manufacturing capability by the NSW Government would be timely and strategic. A regional hub, connected to Western Sydney’s increasing growth, will accelerate the delivery of EV transition goals and give a powerful boost to regional jobs and the NSW economy.

“The shift to electric-powered buses is a golden opportunity for the state government to deliver a vision for locally built, large-scale vehicles, such as electric buses and other heavy transportation, and claim a new manufacturing narrative for regional New South Wales.”

In a commitment to more sustainable public transport operations, Transit Systems has purchased...

Cadbury, Pascall and The Natural Confectionery Co. treats can now be enjoyed with the knowledge...