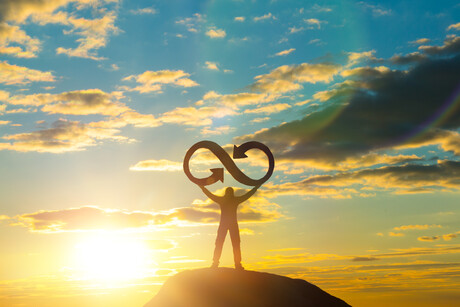 Consistent data is required across all levels of government to support Australia’s transition to a circular economy, according to new research from Planet Ark’s Australian Circular Economy Hub (ACE Hub).

The research report, titled ‘Measuring the Circular Economy: An Australian Perspective’, establishes a baseline understanding of circular economy measurement in government. It examines existing data gaps and outlines strategies for improving circular economy data sets across all levels of government.

“Data is the driving force of a circular economy — it allows us to identify problems with the linear system and advance circular solutions. Waste and recycling are important but are only a part of the picture. We need to move beyond measuring waste to build a truly circular economy in this county,” Planet Ark co-CEO Paul Klymenko said.

Local, state and federal governments currently lack a comprehensive framework for measuring the circular economy, according to Planet Ark. While some measurement activities do exist, they are disconnected, piecemeal and focused on waste and recycling.

“This research shows there is momentum in government departments across the country, and, in many cases, valuable data too. What we must focus on now is working together to harness this huge opportunity and establish a nationally coordinated approach for measuring circularity in Australia,” Klymenko said.

The report findings were generated through interviews with technical experts in the fields of circularity and metrics, and surveys with government representatives from the local, state and federal level. Among both sample groups there was agreement that a circular economy measurement framework is needed to guide decision-making at all levels of government.

“The report shows the benefits that could be gained from aligning and harmonising the many efforts by governments and the business community for developing such metrics. It also shows the immense intellectual potential that exists in Australia’s innovation system, which could make Australia a regional and even global leader in circularity assessment,” expert interviewee Dr Heinz Schandl said. Dr Schandl is the Senior Science Leader at CSIRO and Chair of the ACE Hub’s Metrics Working Group.

The research was conducted by sustainability and circular economy consultancy Edge Environment in collaboration with the ACE Hub. It is the first in a series of projects the ACE Hub is undertaking with its Technical Supporters — a selection of organisations partnering with the Hub to fast-track Australia’s circular transition.

“There is a general belief that we need to start from scratch and that we don't have data to measure circularity. The reality is, we have a solid foundation of data across departments and agencies to build a first picture of Australia’s circularity, which is really encouraging,” said report author Jenni Philippe, Head of Circular Economy and Life Cycle Thinking at Edge Environment.

“Setting up the right infrastructure to collect, analyse and visualise the data will be the challenge. This requires collaboration, supported with dedicated funding to help bring all the pieces of the puzzle together and identify some clear priorities to make progress.”

The report finds Australia could capitalise on existing data sets to build a comprehensive circular economy measurement framework. Such a tool would help Australia realise the projected social, economic and environmental benefits of the transition to a circular economy.