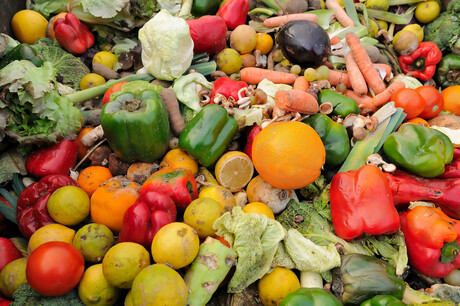 Sustainable technology specialist iugis has released its Sustainable Re-set Research report, which reveals Australians expect more from governments when it comes to sustainability issues such as fighting food waste. Despite the current global health crisis, sustainability remains a serious concern for most Australians.

The Sustainable Re-set Research — undertaken by YouGov — surveyed consumers and small business owners about their attitudes to sustainability and food waste. A majority (75% of consumers and 64% of small business owners) are concerned about sustainability and climate change, with around one-third in each group even more concerned about these issues now than they were before the pandemic.

A majority (78% of small business managers and 85% of consumers) also feel it’s important for businesses to adopt more sustainable practices to aid Australia’s economic recovery from the devastating impact of COVID-19.

Both groups admitted they need to do more to reduce food waste themselves, with 77% of consumers and 68% of small business owners stating responsibility lies with themselves in turn, and not the government alone.

iugis Global Chief of Stakeholder Relations Jeff Olling commented, “Twelve months ago, faced with the devastating impact of the most severe bushfire season in living memory, the issues of climate change and sustainability were gaining momentum in this country.

“This research shows we should be placing them squarely back on the agenda to help deal with the challenges that lie ahead.

“The majority of Australian small businesses and consumers believe there is an important link between sustainability and our economic recovery from the impacts of COVID-19,” Olling said.

“We’ve seen our counterparts in the UK and EU increase their efforts in sustainable practices as they see it is a key component of economic and social prosperity — we’re likely to see a similar policy direction in the US following the recent election and the research shows there is a clear mandate for our own government to follow suit.”

iugis CEO Bill Papas said, “The research gives us a clear indication that Australians want a reset when it comes to food waste. Not only are we looking at governments to do more, but we recognise as citizens that we must tackle this issue head on.

“We are the fourth-highest contributor to food waste per capita in the world and food waste costs the economy an estimated $20 billion a year. Reducing this figure will have a dramatic impact on our environment and economy. As we move into the new year let’s put reducing food waste on top of mind to make sure we leave a lasting legacy for future generations to follow.”