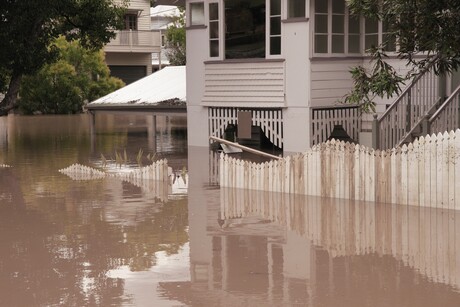 The IPCC’s Sixth Assessment Report has shown the clock is ticking on climate, with impacts rapidly accelerating around the globe, and Australia is squarely in the cross-hairs, according to the Climate Council.

Compiled by almost 300 scientists across 67 countries, the report clearly spells out that climate change is already dramatically altering ecosystems, affecting our physical and mental health, water security and food production, cities and infrastructure, and more.

Serious risks to Australia include irreversible loss of coral reefs, loss of alpine species, collapse of forests in southern Australia, loss of kelp forests, sea-level rise, an increase in severe fire weather days and a dramatic increase in fatal heatwaves.

The central message of the IPCC report is clear: governments must rally to drastically cut emissions and cease the extraction and burning of fossil fuels this decade. Every fraction of a degree of warming saved will be counted in lives saved.

“For most Australians, this report is long, technical and at times dry. But its message is anything but. We are being harmed by climate change now, and the future is potentially terrifying.

“We are seeing climate change play out in real time with unprecedented rainfall and flooding taking a horrible toll on communities in Qld and NSW. These events will only get worse if we don’t act now to reduce emissions.”

“The IPCC report makes it clear that Australia’s economy faces significant and growing economic challenges due to climate change. However, it is also clear that urgent emission reductions through renewable energy and new clean industries could see us avoid the worst financial shocks and bring about incredible economic opportunities, especially for our regions.

“Anyone who thinks climate action is ‘not a race’ has obviously not read this report. The first movers in the new industrial revolution will take first, second and third prize. Sadly for Australia, the Morrison government is moving at a snail’s pace.”

Farmers too are calling on the federal government to step up its game on emissions reductions and protect Australian farming families following the release of the report.

“Regional Australia has so much to gain from emissions reduction. It will not only protect our farmers and our food supplies, but we can create tens of thousands of regional jobs in green hydrogen and renewable power generation,” said Farmers for Climate Action CEO Fiona Davis in a statement.

“The IPCC report confirms again Australia will produce less food in key farming areas. Hot days, more heatwaves and less rain through cool seasons in the south-west and south-east of the continent will mean more heat stress for livestock and reduced grass growth. Ultimately this will mean Australia produces less red meat and less of the country will be suitable for growing crops.”