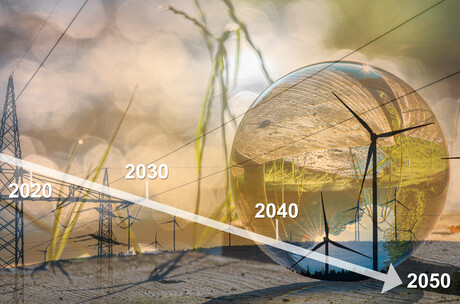 The National Party of Australia has finally agreed to support, ‘in principle’, a net zero by 2050 policy. Although the full details of the deal are yet to be revealed, the ball is now back in Prime Minister Scott Morrison’s court to announce climate policy as his ticket to entry at the upcoming COP26 meeting in Glasgow.

It is no surprise that electrification is predicted to be high on the policy agenda as many industries have already taken action in this area without any Australian Government leadership.

Professor Peter Newman AO at Curtin University and the Coordinating Lead Author on Transport for the IPCC highlighted one example as Rio Tinto’s operations in the Pilbara, which will be going to full electrification of its transport and mining operations with solar and wind power as the source. “They will also be pursuing how to do green steelmaking using biomass and hydrogen technology,” he said.

“The WA Government have a stated goal of net zero by 2050 but the major reason why mining companies are making these transformative commitments is that the global markets are demanding such change, especially the world of finance.

“The Australian Government is now seriously embarrassed on the global stage and must now try and play rapid catch-up or other parts of our economy will be seriously left behind,” Newman said.

Emeritus Professor Snow Barlow at The University of Melbourne said: “This is a time for courage, leadership and vision from our national leaders, a time to put aside entrenched political positions, dogma and rhetoric in the interests of the nation and future generations. All Australian states, businesses, agriculture and, more recently, the mining industry have come to a resounding consensus that responsible targets for 2030 leading to net zero emissions by 2050 are not only essential, but in the national interest.

“Agriculture has been an unlikely leader in the area with the National Farmers Federation establishing a net zero 2050 target more than a year ago followed by several industries. As a major sustainable export industry, agriculture has accepted the challenge to embrace the development of new technologies and systems to reach net zero in the clear expectation that its international market access may depend on its ability to demonstrate net zero in the future.

“Food may become one of the first areas where the population agrees to put the planet first.”