A new City of Sydney master plan for energy efficiency will show businesses and residents how to slash greenhouse pollution and save more than $600 million in energy bills by 2030.

The plan could make Sydney one of the world’s most energy-efficient cities and provide a major contribution to achieving the City’s goal of reducing carbon pollution 70% below 2006 levels by 2030. 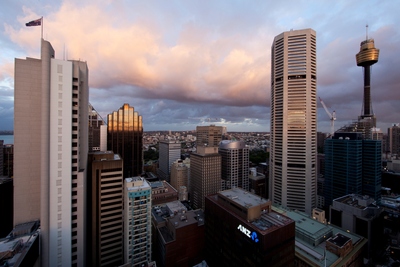 The draft Energy Efficiency Master Plan includes a comprehensive analysis of all buildings in the City of Sydney area and shows how energy use in homes and offices could be reduced by more than 30%.

The analysis, conducted by pitt&sherry, shows how to improve the efficiency of buildings - including the City’s own properties - commercial office space, and residential blocks and accommodation.

The action would slash nearly two million tonnes of carbon emissions a year city-wide by 2030, a 33% reduction from 2006 levels and nearly half of the reduction the City is committed to in Sustainable Sydney 2030. The City will send the plan to all other Australian capital cities so that they can use it as the basis for similar plans. 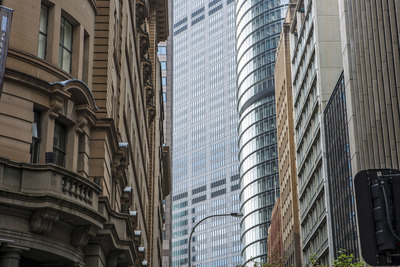 Lord Mayor Clover Moore said the time for action on climate change is now and while many governments are doing little, the City is already delivering and demonstrating significant action.

“Cities make up 2% of the earth’s surface but they account for 80% of carbon emissions, so action in cities is essential. In the face of inaction from the federal government, we’re calling on other Australian cities to pick up our plan and help us get on with the job of tackling climate change.

“By improving energy efficiency through the actions and technologies outlined in the plan, our residential and business communities can also reduce costs. The research in the plan shows building owners and their tenants just how much can be saved on power bills by reducing energy use. This would save millions of dollars and improve economic growth while significantly reducing greenhouse gas emissions.”

In developing its Energy Efficiency Master Plan, the City conducted a detailed analysis of energy use and greenhouse gas emissions for the city’s buildings. The research offers a detailed and practical understanding of current energy performance and aims for a low energy future through a range of actions. These include:

The City has already retrofitted 45 of its properties to reduce electricity and water use and generate operational savings of over $1 million a year.

“We have the most ambitious emissions reductions target of any Australian government - to cut emissions by 70% by 2030, based on 2006 levels, and take significant action on climate change,” the Lord Mayor said.

“We are getting our own house in order by retrofitting swimming pools, community centres and libraries for optimum energy efficiency. These upgrades have reduced greenhouse gas emissions across the City’s buildings by 29% - we now want to see these savings expanded across the entire city.

“The City is already taking action and working with businesses to reduce emissions through programs including Smart Green Business, CitySwitch and the Better Buildings Partnership. We are also working with residents to inspire and educate them through workshops and programs.

Energy has already fallen 5% since 2006 despite significant growth in jobs, the economy and new developments - this plan could achieve almost half of the City’s emissions target.

The Energy Efficiency Master Plan has been prepared with input from government, the building sector, the energy sector and community groups to provide the City with a detailed understanding of current energy performance.

“Energy-efficiency activities have the potential to reduce the ‘peak’ amount of electricity demanded from electricity networks.

“If energy-efficiency activities can deliver reliable demand reduction at particular times of the day, for example, in the late afternoon on a hot summer’s day when the electrical network may be approaching capacity, the net result could be reduction in network costs for electricity bill-payers.

The plan forms part of the City’s suite of green infrastructure plans including renewable energy, advanced waste treatment and decentralised water. Together, the plans create a road map for delivering Sustainable Sydney 2030.

The draft plan will be on exhibition from 2 March to 4 May. It will be available for feedback and viewing at: sydneyyoursay.com.au.

Jellyfish and chips: sustainability on the takeaway menu

Research examining seafood sustainability suggests that jellyfish could become the fish to your...

City of Melbourne looks to build a more sustainable city

Councillors in the City of Melbourne will consider proposed changes to the planning scheme to...