COP26 — significant gains but a long way to go 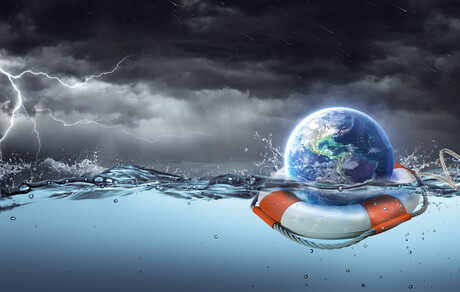 The Australian Government has said its 2030 emissions target is fixed but it is committed to “meeting and beating it” as around 200 countries reached a new climate deal at Glasgow and agreed to keep the 1.5°C global warming goal alive.

“Under our plan to achieve net zero emissions by 2050, we will act in a practical, responsible way to reduce emissions and build on our track record of achievement — reducing emissions while growing our economy, maintaining affordable, reliable energy and ensuring our regions remain strong. That’s the Australian way,” said Angus Taylor, Minister for Industry, Energy and Emissions Reductions and Marise Payne, Minister for Foreign Affairs in a statement.

Alok Sharma, UK President of COP26, said, “We can now say with credibility that we have kept 1.5 degrees alive. But, its pulse is weak and it will only survive if we keep our promises and translate commitments into rapid action. I am grateful to the UNFCCC for working with us to deliver a successful COP26.”

The Australian Academy of Technology and Engineering’s CEO Kylie Walker said the COP26’s 1.5°C goal keeps the pressure on Australia to return next year equipped with a stronger 2030 target and strengthened implementation framework.

Neville Nicholls, an Emeritus Professor at the School of Earth, Atmosphere & Environment at Monash University, said COP26 far exceeded his expectations and “has shown that the rest of the world is serious and united about dealing with climate change”.

“This has left Australia in a challenging position. We are vulnerable to climate change, dependent on fossil fuels, seen as recalcitrant by the rest of the world, and likely to face punitive action from our friends and enemies unless we adopt a serious and credible strategy to reduce our emissions,” Nicholls said.

Professor Ariel Liebman, Director of the Monash Energy Institute, Chair of ERICA (Energy Research Institute’s Council for Australia), Professor of Sustainable Energy Systems, Dept of Data Science and AI at Monash University and Program Leader at RACE for 2030 CRC, said the language of the discussions in general at COP26 still seems to be based on old assumptions around the relative costs of renewable technologies and fossil technologies for the generation of electricity.

“All countries can now transition to a 100% renewable grid by at least 2035, so the discussion around coal and the last minute softening of the language requested by India seems quite pointless and unnecessary. The hard-to-abate sectors are all outside electricity and light transport now with electric vehicles showing a rapid pathway to total decarbonisation of about 50% of global energy use as early as 2035. Hence many of the obstacles seem to now be more political rather than economic. This didn’t seem to cut through in the communications out of COP26 that I have seen.”

John O’Brien, Partner, Energy Transition & Decarbonisation at Deloitte, shared similar thoughts about the language of discussion. “The final changes in wording from ‘phasing out’ to ‘phasing down’ the use of coal will be heavily criticised for failing to secure a 1.5°C goal,” he said.

“Other side agreements have been much more impactful. 23 countries increasing their emissions targets and agreements were announced to phase out coal in rich countries by 2040, end deforestation by 2030 and reduce methane emissions by 30% by 2030.”

The finance sector, said O’Brien, is driving change across whole economies and the companies that operate within them. “The Glasgow Financial Alliance for Net-Zero (GFANZ), 450 financial firms with $130 trillion of assets under management, committed to net zero for both their operations and their lending and investing. This will impact the financing practices of every bank and lender globally,” O’Brien said.

COP26 also saw a growing focus on the need to integrate biodiversity, natural capital, oceans into the concept of how to deliver a just and equitable transition for all — whether in regional Queensland or the Sahel, he said noting that despite the summit’s end point, the global transition is accelerating rapidly and will continue to build momentum throughout the 2020s. There is no turning back.

The completion of the Paris Rulebook will allow for the full delivery of the landmark accord, after agreement on a transparency process which will hold countries to account as they deliver on their targets, according to UNFCCC. “This includes Article 6, which establishes a robust framework for countries to exchange carbon credits through the UNFCCC,” according to a UNFCC COP26 media release.

“This will give certainty and predictability to both market and non-market approaches in support of mitigation as well as adaptation. And the negotiations on the Enhanced Transparency Framework were also concluded, providing for agreed tables and formats to account and report for targets and emissions,” the statement said.

The Australian Government particularly welcomed outcomes on international carbon markets (Article 6) and a standardised transparency framework. “Transparency is the key to accountability and to translating ambition into achievement. This goes to the heart of the Paris Agreement, which relies on all countries delivering on their commitments to achieve a global net zero outcome,” said Angus Taylor and Marise Payne in a statement.

The Carbon Market Institute (CMI) CEO John Connor said that while COP26 concluded with significant achievements, it still leaves the world short of the ambition and action required to avoid massive climate costs and missed economic opportunities for Australia.

For businesses, the rules of Article 6 provide a framework to enable immediate operationalising of global carbon markets, according to CMI.

Further details will continue to be developed and there will need to be an ongoing focus on integrity; however, business now has certainty that global carbon markets: can support the trading of emissions reductions units without double counting; will enable hybrid models for corresponding adjustments made for transfers between countries and non-country actors; provide a flexible approach to funding global adaptation finance through markets; and will enable an orderly transition of Kyoto Mechanism activities into Paris-guided markets by the mid-2020s, CMI said.

“Under Article 6 carbon market rules, COP26 has delivered a platform for greater international cooperation and established a governance framework for international emissions trading capable of high integrity. Booming voluntary global and Australian carbon markets will now need to appropriately align with these rules to ensure verified emission reductions and other social and environmental benefits are achieved in industrial decarbonisation and natural climate solutions,” the statement said.