City of Sydney to host women's climate summit in 2020 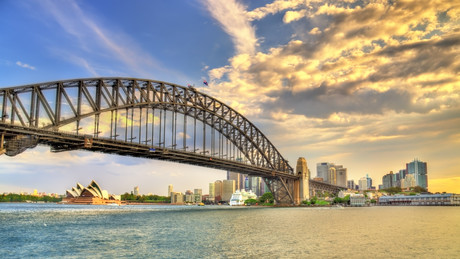 The City of Sydney has been selected to host a major international climate conference in 2020, Lord Mayor Clover Moore has announced.

The Women4Climate Conference is an initiative of the C40, a network of 94 of the world’s largest cities, representing more than 700 million people worldwide. The Women4Climate initiative was founded by Paris Mayor and C40 Chair Anne Hidalgo in 2016 to enhance women’s participation and leadership to secure a healthy, prosperous and sustainable future.

Moore admitted that the Australian Government has “a history of wilful negligence” when it comes to addressing climate change, noting that Australia’s greenhouse gas emissions have been “steadily increasing since the carbon tax was removed in 2013”. She described the country’s 2020 and 2030 emissions targets as “profoundly inadequate” and stated that Australia “remains the largest exporter of coal in the world”.

By contrast, Moore said action on climate change is the City of Sydney’s top priority, and that the conference will provide an opportunity to showcase the leadership of Sydney to the world.

“We were inspired by Los Angeles to convert our 6500 streetlights to LED more than a decade ago. Now our local energy provider Ausgrid is converting almost 10,000 more. This action alone is our largest carbon reduction project to date.

“The City has worked with our business community through the Better Buildings Partnership. Members have saved $33 million a year on power costs and reduced their emissions by 52% since 2001, well over halfway to their 2030 target of a 70% reduction.

“I hope that by hosting this major international conference we can give voice to the majority of ordinary Australians who believe the science and want action but who are silenced by the powerful vested interests in our country, and help encourage one of the world’s highest producers of greenhouse gas emissions into taking more ambitious action.”

The City of Sydney will host the annual conference for three days in April 2020, bringing together hundreds of influential women leaders from government, business industry and the community sector to tackle climate change issues.

“As part of our successful bid, we’ve also committed to developing a 10-month mentoring program to empower Sydney’s next generation of female climate leaders by connecting them with the current successful female climate change leaders,” Moore said.

City of Sydney CEO Monica Barone, along with the Lord Mayor and her chief of staff, will travel this month to the 2019 Women4Climate Conference, to be held in Paris on 21 February.