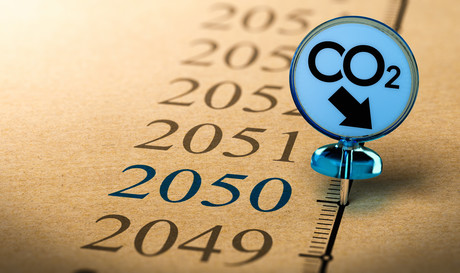 The City of Melbourne has called on state and federal governments to take urgent action on climate change and is considering fast-tracking initiatives that have the greatest impact on carbon emissions reduction.

Councillors are set to consider a range of possible actions following the declaration of a climate emergency last year, which include:

Lord Mayor Sally Capp said the catastrophic bushfires have demonstrated that time is running out and we need coordinated action from all levels of government.

“Sydney has just endorsed a new target for zero emissions by 2040 and Melbourne is looking to do the same,” the Lord Mayor said.

“Cities are driving change but we need a strong national response to pull the big levers of reform to meet the nation’s Paris commitments and put Australia on the road to zero carbon emissions by 2050.

“The City of Melbourne has a strong track record of taking action to reduce our carbon emissions and we acknowledge that more needs to be done.

“We have reduced emissions from the City of Melbourne’s operations by more than 50% in six years and we are accredited as being carbon neutral. We are hoping to achieve similar impacts across the municipality through collaborating with the private sector and other levels of government.”

Research shows that Melbourne can expect 20% less rainfall by 2050 along with more heatwaves and lower air quality. Climate change is estimated to cost our local economy $12.6 billion by 2050 and impact agriculture, tourism, insurance and finance.

“Higher temperatures and extreme weather events will have an impact on all of us,” Capp said.

“Trees, such as our elms and even some indigenous eucalypts, will struggle to grow in drought conditions — higher temperatures mean we could lose 35% of the city’s trees in the next 20 years.”

The Chair of the City of Melbourne’s Environment Portfolio, Councillor Cathy Oke, said the Victorian and Australian Governments need to commit to a 1.5°C science-based target in line with the Paris Climate Agreement.

“If temperatures rise above 1.5°C then the wellbeing of current and future generations is at risk,” Cr Oke said.

“While we’ve taken strong action to reduce emissions, including to power our buildings with 100% renewable electricity, we must accelerate action and be even more ambitious.

“In declaring a Climate and Biodiversity Emergency we acknowledge that we must accelerate our efforts, and look at all areas where council can make the most impact. This includes moving away from using gas in council buildings such as our pools and libraries and in new developments.”

More than 1300 councils across 26 countries have made a climate emergency declaration including Sydney, London, Paris, Auckland and Vancouver.

The Lord Mayor and Cr Oke will open the National Climate Emergency Summit at Melbourne Town Hall on Friday, 14 and Saturday, 15 February 2020.

Event cancelled? Your surplus food doesn't have to go to waste

Yume's mission is to prevent high-quality, edible food from going to waste by connecting...