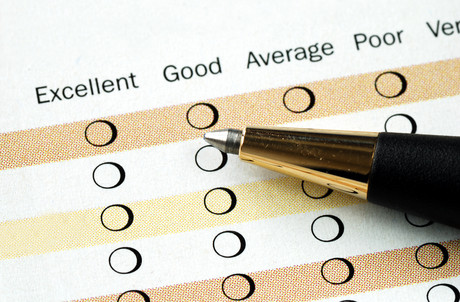 The American Council for an Energy-Efficient Economy (ACEEE) has released the 2018 International Energy Efficiency Scorecard, and the results don’t bode well for Australia.

The biennial scorecard ranks 25 of the world’s largest energy users on 36 efficiency metrics, with the idea that countries should strive to meet their climate targets and reap the benefits of energy efficiency by learning from one another by emulating the best policies and practices of leading countries. That said, no country came close to a perfect score, and the average remained the same as in 2016 — 51 out of a possible 100 points.

Overall, Germany and Italy tied for first place with 75.5 points, closely followed by France (73.5), the United Kingdom (73) and Japan (67). Within sectors, Germany scored best for national efforts, including cross-cutting targets and programs; Spain nabbed the top spot for buildings-related efforts; Japan led on industry; and France on transportation.

Australia meanwhile ranked 18th with 40.5 points, dropping two places since 2016 and making it the least energy-efficient country in the developed world. While its efforts in the buildings sector were ranked in the top half (10th) of countries surveyed, in transport and industry the country ranked 20th and 22nd respectively.

“It’s disappointing news for Australia, but it’s a wake-up call that we need to do more,” commented Luke Menzel, CEO of the Energy Efficiency Council. “Last year the Finkel Review called for an acceleration of effort on energy efficiency. CSIRO released modelling showing that the energy transition will be significantly cheaper if we ramp up our ambition on energy productivity. And in February the IEA’s review of Australia’s energy policies recommended more action from government on energy efficiency policy and programs across buildings, transport and industry.”

The US suffered a similar setback, sliding from eighth place in 2016 to 10th by scoring six fewer points — a trend that is likely to persist if the current administration continues to dismantle key regulations, according to Shruti Vaidyanathan, ACEEE’s senior advisor for research.

“At imminent risk are joint fuel economy and greenhouse gas standards for light-duty vehicles for model years 2021 onwards, a program that put the United States at the forefront of vehicle efficiency efforts,” Vaidyanathan said. US Environmental Protection Agency actions are also threatening heavy-duty vehicle standards, and the country’s withdrawal from the Paris Agreement suggests more rollbacks to come.

The most improved country this year is Mexico, which moved up from 19th place in 2016 to 12th this year by scoring 17 more points. The country’s recent adoption of an overarching energy efficiency program — the National Program for the Sustainable Use of Energy — has spurred significant investment in efficiency programs and standards. Mexico now sits just below the US and Canada in the rankings, suggesting that the North American Free Trade Agreement (NAFTA) may be playing a role in harmonising efforts among the three member countries.

At the bottom of this year’s rankings are Saudi Arabia and the United Arab Emirates, with scores of 16.5 and 18 points, respectively (though scores for these countries in part reflect poor data availability). South Africa fills out the bottom three with a score of 23.5, nearly 10 points lower than in 2016.

The scorecard can be downloaded from the ACEEE website.