ARC centre to tackle the hidden energy costs of computing 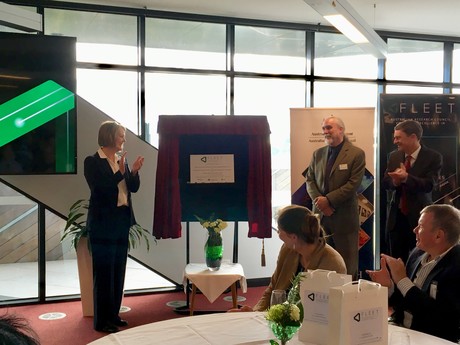 With the global appetite for computing currently burning more than 5% of global electricity — a figure which is expected to double each decade — a new Australian Research Council Centre of Excellence is seeking new solutions to an ever-growing problem.

Opened yesterday at Monash University, the ARC Centre of Excellence in Future Low-Energy Electronics Technologies (FLEET) is a collaboration of more than 100 researchers at seven Australian universities and 13 Australian and international science organisations. The $33.4 million centre will use the emerging science of topological materials and atomically thin 2D materials to create ultralow-energy electronics that achieve zero, or near-zero, wasted dissipation of energy.

For the past 50 years, our ever increasing need for more computing was satisfied by improvements in computing technology, which produced ever smaller, ever more efficient chips — a phenomenon known as ‘Moore’s law’. However, as we hit limits of basic physics and economy, Moore’s law is winding down.

“When we exhaust further efficiencies in silicon technology and data-centre management, energy will become the limiting factor for any further computation growth,” said Professor Michael Fuhrer, director of the newly opened FLEET. 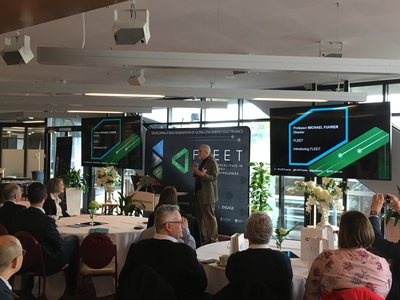 Professor Michael Fuhrer speaks at the launch of FLEET.

Already, information and communications technology is responsible for 5–8% of global electricity use, with most of that energy consumption ‘hidden’ out of sight in vast, factory-sized data centres (or server farms). In fact, each smartphone is now responsible for burning more electricity than a household fridge. Continuing the IT revolution means finding a new electronics technology that uses much less energy.