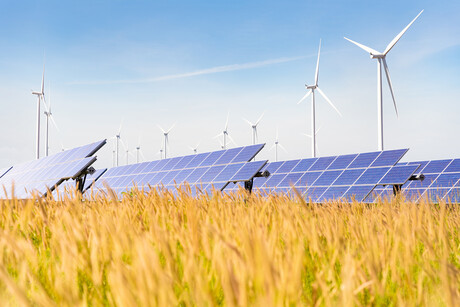 A newly released report from the Australian Energy Market Operator (AEMO) shows that Australia is increasing its transition towards its 2050 net zero targets faster than had previously been expected, with the impacts of coal closures being brought forward, and renewable energy rapidly becoming cheaper.

The ‘AEMO 2022 Integrated System Plan’ also outlines investments in wind and solar capacity, in addition to storage and hydro, for the transition across the next 30 years.

Climate Council senior researcher Tim Baxter welcomed the report and said that the move towards renewables would prove helpful for employment and energy security alike.

“The adoption and transition of renewables will bring immense opportunity to Australians in terms of creating jobs, lowering emissions and ensuring security to our power supply. This transition is essential to protecting Australian lives,” Baxter said.

“Renewables will be doing the major heavy lifting in getting us to net zero emissions, and it’s great to see this report supporting further ramping up of the rollout of wind and solar backed by storage, which is the cheapest form of new generation in the country.

“Off the back of an energy crisis where Australians are being forced to rely on aging and unreliable coal plants and expensive gas, it’s critical we get the transition right and move away from fossil fuels to avoid the worst impacts of climate change.”

“The scenarios mapped out by AEMO also show that we can push for higher ambitions to transition even sooner than predicted. In a time of energy crisis and also seeing the consequences of a warming atmosphere, Australians want to see renewable power and storage to reduce energy prices, insulate against global energy price shocks and help avoid the worst effects of climate change.”

The ‘2022 Integrated System Plan’ can be found on the AEMO site, in addition to an infographic that demonstrates the 30-year roadmap.