WHO reports on the microplastics we're drinking 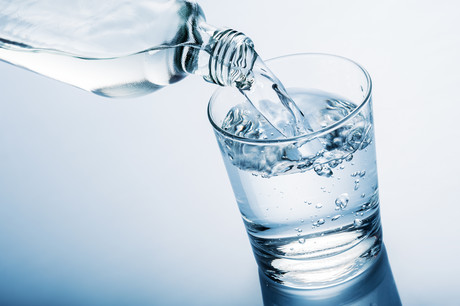 According to a report by the World Health Organization (WHO), we’re all drinking microplastics, with the effects on human health largely unknown.

Following the release of the report, WHO has urged that further research be conducted on microplastics in the environment and their potential impact on human health. The organisation also calls for a reduction in plastic pollution to reduce human exposure and benefit the environment.

“We urgently need to know more about the health impact of microplastics because they are everywhere, including in our drinking water,” said Dr Maria Neira, Director of the Department of Public Health, Environment and Social Determinants of Health at WHO.

“Based on the limited information we have, microplastics in drinking water don’t appear to pose a health risk at current levels. But we need to find out more. We also need to stop the rise in plastic pollution worldwide.”

The WHO analysis found that microplastics larger than 150 µm are not likely to be absorbed in the human body and uptake of smaller particles is expected to be limited. However, the absorption and distribution of nano-sized microplastics may be higher. Although no overt health concerns have been raised from studies conducted thus far, limited data on the effect of the tiniest microplastics on human health means that the risk of ingesting these particles cannot be firmly determined.

Further research is needed to obtain a more accurate assessment of exposure to microplastics and their potential impacts on human health. This includes developing standard methods for measuring microplastic particles in water; more studies on the sources and occurrence of microplastics in fresh water; and the efficacy of different treatment processes.

“The conclusions reached by the WHO are often reminiscent of the ‘no data, no problem’ paradigm, which could be used to misrepresent the impacts of microplastic pollution by some stakeholders.

“To the credit of the WHO report, it does argue for improved research funding in the area of microplastic pollution to answer the unknowns presented by the review. This report once again demonstrates the need for a focus on environmental pollutant research broadly, and a commitment by countries such as Australia to be leaders in this field of expertise.”

The WHO recommends that drinking water suppliers and regulators prioritise removing microbial pathogens and chemicals that are known risks to human health, such as those that cause life-threatening diarrhoeal diseases. This has a double advantage because wastewater and drinking water treatment systems that treat faecal content and chemicals also effectively remove microplastics.

Although a significant proportion of the global population does not benefit from adequate water and sewage treatment, communities can simultaneously address the concern related to microplastics by addressing the problem of human exposure to faecally contaminated water.

Professor Stuart Khan from the UNSW School of Civil and Environmental Engineering said, “The key message for water authorities is that concerns over microplastics in drinking water should not divert resources or attention away from the things which do present real public health risks in drinking water. These are microorganisms such as viruses and bacteria, as well as some chemical contaminants such as lead.

“But the message for scientists is different. For scientists, the WHO is calling for well-designed studies to better understand the sources and occurrence of microplastics in fresh water and drinking water, as well as the effectiveness of our water treatment processes to remove them from drinking water and wastewater. These are important challenges and some in which Australian universities and researchers should play an important role.”

Dr Thava Palanisami, Senior Research Fellow at the Global Centre for Environmental Remediation at the University of Newcastle, said that the findings of the report were similar to a study undertaken by the University of Newcastle in collaboration with the World Wide Fund for Nature (WWF). The results of the study — a global assessment of the dietary intake of microplastics — were presented during WWF’s launch of the Your Plastic Diet initiative.