By Tim Ash Vie, Director of the Under2 Coalition Secretariat
Wednesday, 13 October, 2021 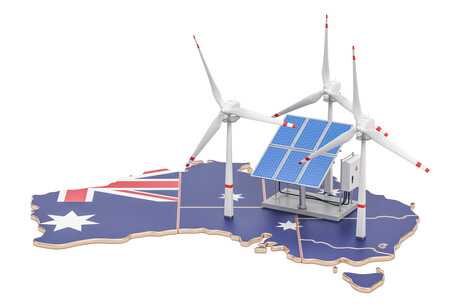 The regularity and intensity of extreme weather events in 2021 has once again thrown the climate crisis into the spotlight and brought the impacts of climate change into public consciousness. Whether we are seeing forest fires or flooding, it is increasingly difficult to ignore the way that unpredictable conditions are affecting lives in all corners of the world.

At the same time, people are talking more than ever about how we can mitigate the impacts of climate change and one of the most talked about actions is reaching net zero emissions. This is the idea of humanity, collectively, emitting no more harmful emissions than the Earth can absorb in order to halt damaging temperature rises.

Many countries and trade blocs — such as the European Union — have set net zero emissions targets and are developing plans to make them a reality. Unfortunately, however, not all countries have stepped up. Australia, alongside countries such as Mexico, Brazil and Russia, has submitted a Nationally Determined Contribution (NDC) that is easily met with current policies and lacks the ambition needed for meaningful change.

As a significant global power, it is important that countries like Australia lead by example and demonstrate progress on cutting emissions, protecting natural resources and developing new sources of clean energy. Not only is this crucial in its own right, the ambition shown by forward-leaning governments has an impact on market development and, in turn, individual behaviour.

Improving the infrastructure of electric vehicles and setting dates for ending the sale of cars with internal combustion engines, for example, encourages greater sales of these vehicles and boosts greater production.

States and territories leading from the front

In countries where climate leadership is not being shown it is easy to think that it doesn’t exist — but that is not necessarily the case. State and regional governments have significant power and influence when it comes to making a difference on the ground. They can pass new laws, create favourable business conditions, improve public transport systems and influence behaviour change in their local areas.

This is the motivation behind the Under2 Coalition: a global grouping of 133 state and regional governments (plus a further 127 national and city government signatories) committed to ambitious action in line with the Paris Agreement to keep global temperature rises to 1.5 degrees. Where national governments are unable, or unwilling, to act, these states and regions can — and do. And they make a difference.

Australian states, territories and businesses are trailblazers in shifting towards renewable energy and developing plans to reach net zero emissions. Through 2021 we have seen a noticeable increase too in determination and enthusiasm to do more for the climate. All Australian states and territories have now pledged to reach net zero by 2050, with many businesses across the country committing to 100% renewable electricity.

In fact, state leadership covers all major economic sectors, with a shift towards renewable energy figuring most prominently. For example, in the last 12 months, renewable energy made up 26.5% of electricity generation in Australia, which exceeds the government’s 2020 goal by 6%.

Almost all Australian states are also now members of the Under2 Coalition, and five have become Net Zero Leaders as part of our initiative to get all members setting ambitious targets that inspire others. Australian Capital Territory, New South Wales, South Australia, Queensland and Victoria have demonstrated not only that they want to match the scale of climate action taking place in other parts of the world but that they want to be even better.

Among many examples of this leadership are:

Blueprint for the future

There is growing appetite for climate action among the Australian public, with Australian state and territory election results in 2020 showing consistent support for governments with stronger climate policies. Equally, Australian businesses are becoming more influential in the renewable energy sector. Australia is currently installing renewable electricity at a rate four to five times faster per capita than China, the US or the EU.

It is time now to build on this momentum, through grassroots commitment, ambition and enthusiasm, so that Australia becomes an example to the world. States, territories and businesses already have the expertise to drive improvements that support a healthy planet.

Just ahead of COP26 in Glasgow, the Under2 Coalition, and many of its members in Asia–Pacific, will be taking part in the virtual Impact X Summit being run by Blue Impacts. They will join businesses, entrepreneurs, NGOs and passionate individuals looking to build their knowledge and find the solutions humanity needs to chart a more positive future.

Tim Ash Vie, Director of the Under2 Coalition Secretariat, will be speaking at the upcoming Impact X Summit Sydney 2021: Climate growth and accelerating pathways to zero emissions. To register to attend the conference, click here.

Dell Technologies has recovered more than 1.1 billion kg of used electronics since 2007 through...

The release of the most recent IPCC climate change report has drawn responses from climate groups...

Why sustainable engineering is good business

Sustainable engineering is not just good for the environment, it also improves capital and...