Where do our cities rank globally for sustainability? 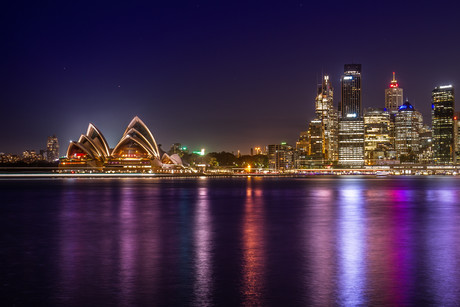 As the Australia Pacific region continues to grow in importance on the global stage, it will become ever more critical that the region’s leading cities learn from each other and continue to innovate, develop and evolve. Key to this is sustainability.

But what makes a city sustainable? Is it a focus on traditional ‘green’ sustainability, economic strength or how livable the city is for people? We believe it is a mix of all three.

The latest Arcadis Sustainable Cities Index, which ranked 100 of the world’s leading cities on three pillars of sustainability (People, Planet and Profit), found that Australian cities are behind several others in the region and across the world.

Where did Australian cities rank?

Sydney topped the ranking for Australia at #34, with London coming in at #1 globally. European cities dominated the top of the overall index, occupying eight of the top 10 spots. Australian cities all scored middle of the road on the index, with Canberra coming in at #35, Brisbane #44 and Melbourne not making the top half at #56.

While not a cause for alarm, these rankings reinforce that Australian cities need to improve to compete on the global stage. Our cities must continue to focus on improving their long-term sustainability, resilience and performance to remain commercially attractive.

What can we learn from our neighbours?

In comparison, Asia’s two leading financial centres, Hong Kong and Singapore, made it into the top 10, with Singapore ranked #1 globally in the Profit sub-index with ease of doing business being a strong performer for the city.

While vastly different in terms of culture, economies and politics, a key take-out from the report was the importance of integrated, efficient and smart infrastructure.

Hong Kong has long been famous for its world-class infrastructure, but as one of the planet’s most densely populated cities, it faces unique challenges in providing an efficient transportation system to meet the needs of its 7.4 million citizens. Some of these lessons are critical for Sydney and Melbourne, which are in the middle of the largest infrastructure boom in recent memory. Projects such as Sydney Metro and Melbourne Metro will transform movement across these two cities; however, they should continue to look at how Hong Kong has used this infrastructure as an opportunity to deal with its citizen connectivity, wealth-gap and affordability challenges.

Australian cities, particularly in Sydney and Melbourne, have addressed some of this in recent years by shifting their focus from just green sustainability to social sustainability. Both government and private developments are increasingly focusing on how projects can better improve communities, including financial gains and community wellness. This isn’t just putting a park or garden next to a train station but looking holistically at a local community and how it interacts with transit hubs from the perspective of the citizen.

This shift in priorities is reflective of a broader ‘consumer first’ mindset that is driving major developments across the nation, ultimately creating stronger communities as a result of major projects.

This mindset shift, along with the nation’s strong focus on developing integrated transit systems, addressing affordability and embracing sustainability in construction, are all positive signs for future improvement across the three pillars. 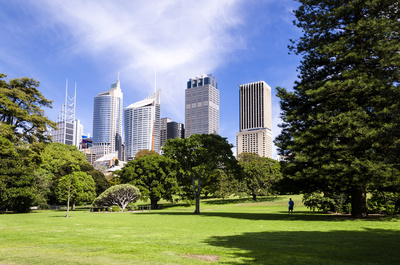 What defined the cities at the top of the index?

The cities at the top of the index have succeeded in achieving a degree of sustainable balance not only due to an historic economic legacy, but also due to far-sighted decisions taken to manage the long-term impacts of growth.

London is one of few high-performing cities in the index with relatively similar scores across the three pillars of sustainability, even though it still faces huge challenges associated with affordability and congestion. Most highly ranked cities scored well in one or two pillars. This means that even a high score in the Sustainable City Index does not offer any room for complacency. Also, high- and middle-ranking cities need to improve their performance across all pillars.

The report also highlighted the impact the rapid rollout of digital technologies has on citizens’ experience of the city, and on the relationship between the city and its people. Resiliency data for flooding or super storms, digitised utility bills and personalised mobility apps for mobility as a service (MaaS) are some examples of successful urban digital tools. Nevertheless, technology is not yet able to mitigate some of the ordinary urban discomforts, such as traffic jams, a lack of affordable transport options, the absence of sufficient green space or the uncertainties caused by ageing infrastructure, among others.

Key to improvement is a focus on well-planned long-term resilience, even if cities are subject to short-term changes and trends. The successful path to long-term resilience requires the support and involvement of citizens, while at the same time, cities can also learn from each other.