What's obstructing the rollout of renewable energy in Australia? 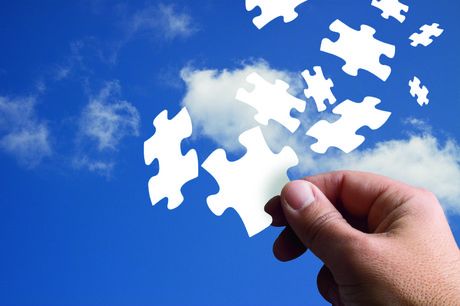 As increasing numbers of Australian consumers deploy rooftop solar panels in an effort to reduce power costs, electricity retailers and distributors are facing growing challenges around connecting and communicating with all these new energy sources. Interoperability has become a big issue.

Existing components, both within customer premises and in the wider electricity grid, were never designed to work together as a cohesive whole. When you add additional components such as solar panels, batteries and inverters, this challenge escalates even further.

The problem stems from the fact that different components use different protocols and standards to communicate with control systems. This works well when all components are sourced from a single provider, but it can be very challenging when equipment from multiple providers needs to be interconnected, especially when it has been installed a number of years apart.

For example, in a typical home, a consumer purchases a PV solar system which an installer provides as an assembled solution of components from different manufacturers. Components are therefore interoperable, with the result that component features have become very competitive and attractive for consumers. However, it is now clear that this interoperability has not been achieved in terms of where the connection to the distribution networks is concerned. Having access to the energy inverter control functions by third-party applications is today a challenging task.

The problem limits options for consumers as well. Enabling private energy sources to be accessed by retailers and distributors generally requires the use of specific hardware components offered by only a limited number of manufacturers. It might also require a subscription to a full vertical solution provided by a power retailer, which can restrict a customer’s ability to shift to another should a better deal emerge.

The challenge of remote management

Remote management of renewable energy sources is important for electricity retailers and distributors. It allows them to monitor the operations of devices such as panels and batteries and, if agreed with the customer, manage power loads and smooth out spikes in overall demand.

For example, excess power generated in homes during the day can be fed into the grid and sold to commercial customers. Any sudden spikes in demand can be managed by altering generation capacity or drawing from stored reserves in batteries, thereby reducing the likelihood of blackouts.

However, the number of energy sources that have to be coordinated requires the use of advanced automated systems generally using IoT technology and distributed intelligence, as well as the capacity to gather and analyse data from all the systems involved in the control of a power distribution network. The multiple protocols and standards involved in the integration of data from new and legacy traditional network control systems, however, is all but seamless in many cases. Energy companies are forced to invest significant amounts of money in developing specifically scoped interfaces so that different systems can be interconnected and share data.

OT, such as SCADA systems, connects network control assets and was designed as closed systems. It was never intended for them to be linked to IT systems and to share data. However, this is increasingly being required as the ever-growing number of monitoring points across networks, encouraged by the Industrial Internet of Things (IIoT), is supported and managed by new IT systems. IT and OT therefore have to be able to exchange data.

Unfortunately, when it comes to the integration of OT and IT there are a number of concerns from the industry, as the risk of hacking has always been kept very low by essentially isolating the systems that operate the control. This is rapidly changing and the resistance from the industry shows through limited integration capacity, proprietary communication protocols, proprietary and expensive APIs, and the slow adoption of new open standards.

The growing importance of standards

For these challenges to be overcome, more emphasis needs to be placed on the development of recognised industry protocols and standards. Thankfully, progress has begun.

Technical work to define ways to enhance interoperability is being undertaken by organisations such as CIGRE and IEEE. In Australia, ENA, AEMO and AER are supporting trials to scope an interoperable platform. The ENA and CSIRO, in particular, have analysed the areas1 with a need for technical standards and regulations across the entire industry and have called for a more thorough and broader participation of all stakeholders. Through these bodies, equipment manufacturers, distributors and retailers can work together to find common ground.

At the same time, initiatives such as OpenFMB and the CIM for power networks provide support to improve communications across the networks and all connected assets. This will allow control systems to more easily manage equipment from multiple vendors to the benefit of both customers and electricity companies.

If recognised standards are not put in place across the sector, it could place a block on the future expansion of renewable energy generation capacity. Distributors will not be able to readily manage flows of power to and from consumer premises and may be forced to place limitations on the number of devices that can be connected to the grid.

An even bigger picture

If customers perceive value when remunerated to support the power networks, the interest to participate in such a new market will spread across many other systems. Water networks have for some years now put in solutions that allow them to plan water pumping and shift power demand if energy price spikes. Large commercial buildings are also looking into ways to reduce peaks under extreme weather conditions by controlling lighting and HVAC. The transportation industry may also be involved by balancing the use of network power and batteries.

To pass this value on to customers, the financial system has to capture the transactions in real time and distribute the value to every involved stakeholder by very small but frequent settlements. Failing on providing real-time feedback over the value of each transaction will most probably discourage participation.

Managing the power system is therefore becoming managing a system of systems. Independently of whose turn it is to participate in the energy system, there will always be the need for data integration from different automated systems. The number of sources of data is going to be so large, and the time to take action so short, that by no means is it possible to imagine a human interaction as a standard practice. Communication among systems and continuous analysis of data is a paramount condition.

All companies involved in the power sector will have to work closely together to overcome this challenge and allow for better management of the power grid and the increasing number of devices that are being connected to it. By achieving this, the ongoing growth of renewable energy generation equipment can continue without causing problems for power generators and retailers.

The Recycling Modernisation Fund is set to generate $600 million of recycling investment from...