Unlocking the potential of digitalisation 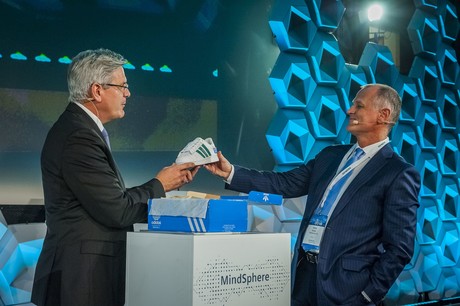 The Siemens Digitalize 2018 event in August featured many industry examples that demonstrate what could be achieved by unlocking the potential of digitalisation.

Industry today is looking for efficiencies across the entire value chain — from energy to production and infrastructure. In this article we take a look some of the discussions at the Siemens event about unlocking the potential of digitalisation including: how it could help make a return to onshore manufacturing possible; how it could help the energy sector manage the influx of sustainable fuel sources more effectively; and also how it has helped a facility reduce carbon emissions.

Far from the perception of many, manufacturing is not dead in Australia. In fact, it’s actually in a growth phase. Ai Group’s performance of manufacturing index (PMI) has shown the manufacturing sector industry has been in expansion for 22 consecutive months, according to Innes Willox, Chief Executive, Ai Group.

“Manufacturing employment grew by nearly 50,000 workers in the year to May 2018, surpassed only by the health and construction sectors,” said Willox during his presentation at the Siemens event.

However, manufacturing could become much more sophisticated and sustainable using Industry 4.0 digital technologies. “We can have a manufacturing sector that doesn’t just survive but thrives by transforming itself and taking advantage of the possibilities of new technology,” said Willox.

“Today, [manufacturers] are grappling with the possibilities of full digitalisation, where both production processes and the ultimate product themselves are connected and they’re data rich and controllable. Production and products can be more efficient, tailored and more flexible than ever before.”

And while personalised mass production doesn’t exist yet in Australia, according to Jeff Connolly, Chairman and CEO of Siemens Australia, it’s not far away.

Connolly said the reshoring of shoe manufacturing and other types of manufacturing is a real possibility for Australia. “Adidas globally has said the future of the manufacturing for them doesn’t look like it did 20 years ago when the largest part of the cost of producing a shoe was the labour cost so you shifted manufacturing to the country with the lowest labour cost,” he said.

In the world of Industry 4.0, Connolly said industry can produce personalised products at the point of consumption. This could lead to more operating efficiency by eliminating waste and allowing the largest cost of the value chain, the transport cost (and associated emissions), to be taken out.

“Adidas is working on a factory and when that’s up and running, manufacturing will be reshored to Australia,” Connolly said.

Another recent Australian example of process industry digitalisation is at the Dulux factory in Melbourne. “They removed 75,000 manual steps in the production process by having a fully integrated process environment,” Connolly said.

The utilities sector has been very slow in the uptake of digitalisation technology compared to other industries. But the energy industry is going through a rapid and massive disruption and “digitalisation is probably more important than it’s ever been”, said Audrey Zibelman, CEO of the Australian Energy Market Operator (AEMO) during her presentation at the Siemens event in August. 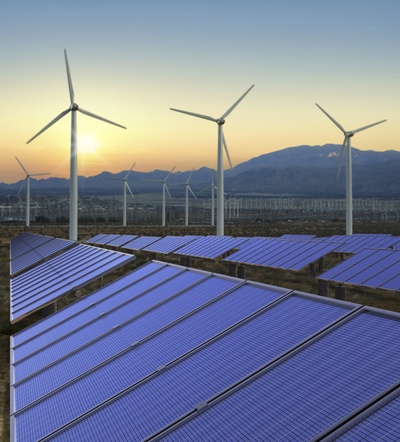 “In the Fourth Industrial Revolution for the energy industry, we’re actually moving to a zero fuel cost type resource, which is something we didn’t design our systems around,” said Zibelman.

“We’re adding about 200 megawatts of rooftop solar a month… that’s almost like adding a generator a month to our system.”

Together with the introduction of new business models such as virtual power plants, battery storage and the need to mitigate the risks of climate variation, there’s definitely a need to turn data into information in order to manage a more and more complex integrated power system.

“20 years ago no system operator would worry about dust storms. But if you have a lot of solar on your system, suddenly an understanding of droughts and what that might do in terms of degradation to your solar becomes an important issue.”

In some regions of Australia (such as South Australia), the largest fuel source is from renewable energy, which has no inertia capability and controllability. Zibelman said AEMO is therefore requiring the use of technology such as smart inverters, batteries and artificial intelligence (AI). AI is being used to provide predictive logic about weather conditions so they can figure out which resources are required to cope with changing weather patterns such as intermittent wind and sun. Demand energy response programs are also being piloted to manage demand and supply more effectively.

AEMO is also looking at dynamic line ratings, using phasers on the system to get more data in, “but I think there’s more work we can do around predictive maintenance and about how we operate the system more efficiently”, Zibelman said.

She believes the industry needs to also encourage consumers to be adopters of technologies such as smart thermostats and other IoT devices. Consumers can then ultimately become more efficient users and feel empowered to manage their own cost more efficiently, she said.

In order to manage the transition and minimise the disruption, “we need more intelligence in managing the system than we’ve ever needed before”, Zibelman said.

“The Melbourne Cricket Club (MCC) and the MCG, is such an iconic venue and iconic club, we have the responsibility to all Victorians to ensure that we’re doing the right thing environmentally,” he said during his presentation at the Siemens event, which was held at the MCG.

Wearne and his team decided to embrace digitalisation and partnered with Siemens to improve efficiency of the facilities and as a result its environmental performance.

Efficiency improvements have included replacing legacy lighting with LED technologies; implementing a ‘smart’ air-conditioning system that adjusts output based on the number of people in a room and as a result improves comfort levels; and installing Siemens’ building management system, which allows the MCC to automate room bookings and functions.

“The results we’ve seen from the MCC include a significant reduction in greenhouse gas emissions and utility costs,” said Wearne. “We’ve saved roughly 20% of the overall utility bill, which includes CO2 emission savings, and we’ve overachieved on our guaranteed performance by roughly 20% per annum.”

Other sustainability improvements at the facility include an underground water recycling facility, which is designed to provide secure, long-term sustainable water supply to Yarra Park and the MCG. The MCC has also made improvements in recycling activities at the stadium, with the venue now recycling around 85% of waste produced during events — compared to just 10–15% a decade ago.

This increased appetite for digitalised technology and Industry 4.0 has led to “the road of new collar jobs” according to Willox. He said it will be crucial to have an educated workforce and for everyone to understand the risks and opportunities associated with this technology.

Called the Fourth Industrial Revolution, the digital revolution is more complex than past revolutions and will involve a significant transformation of jobs. As such, Siemens has launched a university partnership with the Swinburne University of Technology. Through the partnership, students, academia and industry will have access to Siemens’ MindSphere technology — an IIoT solution connecting physical manufacturing, energy and infrastructure assets to the virtual world. The cloud-based software has already helped organisations across the world connect their products, plants, systems and machines to harness the wealth of their data generated by IoT with advanced analytics. 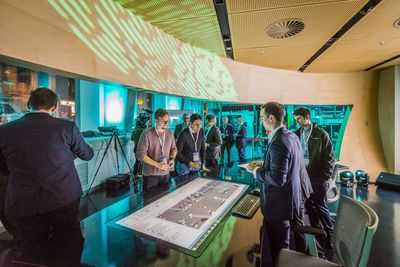 Swinburne’s Deputy Vice Chancellor (Research & Development), Professor Aleksandar Subic, said the centre will provide an environment for industry and students to co-create, develop and demonstrate the capabilities and outcomes made possible using MindSphere. “The centre will facilitate the creation of applications in advanced manufacturing, smart cities and transport, health and other areas. This is an important stage in the implementation of our Industry 4.0 Strategy.”

While Australia may not have been on the cast list at December's Climate Ambition Summit,...

A team of scientists has summarised the state of the natural world in stark form to help clarify...

With over 30 years' experience with a myriad of compressed air equipment applications, the...