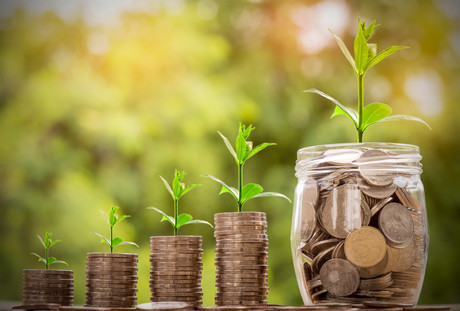 A new report reveals that the nation’s 20 largest banks are taking steps to reduce emissions from their operations and portfolio investments, but activity is ad hoc and not fully aligned with the Paris Climate Agreement.

The ClimateWorks banking sector report is part of a series of Net Zero Momentum Tracker assessments aimed at progressing the Australian economy towards net zero greenhouse gas emissions, bringing together and evaluating climate action commitments made by Australian businesses, governments and other organisations.

The banking sector report found that a quarter of the banks assessed are preparing to target net zero emissions before 2050 for all their investment portfolios, although none had yet set an actual target.

Prepared by ClimateWorks Australia with the Monash Sustainable Development Institute, the Net Zero Momentum Tracker Banking Sector report assessed the commitments and activities of Australia’s largest banks to evaluate the banking sector’s alignment with achieving the Paris goals. The banks assessed include those with the highest reported emissions and collectively hold AU$13.16 trillion in total assets.

The report found banks were more advanced in reducing their operational emissions from buildings and branches, with 45% setting targets that are fully aligned with the net zero goal of the Paris Climate Agreement.

Westpac, ING Bank (Australia), HSBC Bank Australia, Teachers Mutual Bank and Bank Australia have publicly committed to the Science Based Targets initiative, which requires companies to set targets for their operational and portfolio emissions. The targets are aligned to the Paris Climate Agreement and keeping global warming to well below 2°C. Once a company has committed to setting a science-based target, they are encouraged to make a further pledge to phase out all greenhouse gas emissions by 1 January 2050.

The report revealed that a further 35% of the banks have committed to achieve net zero emissions by 2050 for some but not all of their investments or lending activities, and the next 25% are taking steps to address portfolio emissions but have not made any net zero commitments.

Two of the top 20 banks — Greater Bank and IMB — have not disclosed any emissions reduction commitments or activities.

ClimateWorks Australia CEO Anna Skarbek said the report showed banks were getting ready to achieve net zero emissions before 2050 but have not yet adopted a comprehensive approach to ensure they more closely align with the Paris Agreement.

“Many of the banks have set net zero emissions targets for their operations and are achieving these commitments through energy efficiency initiatives, shifting to 100% renewable energy and offsetting their emissions through investments in reforestation and low-carbon energy projects,” she said.

“In addition, a number of Australian banks, including the four largest — ANZ, NAB, Commonwealth Bank and Westpac — are participants in the Australian Sustainable Finance Initiative. NAB, Westpac and ANZ have also committed to aligning their business strategies to the Paris Agreement by signing the Principles for Responsible Banking.

“While none of the banks have a comprehensive net zero emissions target that includes both operational and portfolio emissions, one-quarter, including Westpac from the big four, are preparing to make this commitment, possibly as early as next year.”

“The report found 40% of banks have stated they do not invest in thermal coalmining or that they will exit the sector in the next 10 years,” she said.

“All of Australia’s big four banks still have fossil fuel investments, but have made a commitment to either reduce their exposure through restricting lending or in the case of the Commonwealth Bank has indicated its willingness to exit the sector by 2030.

“It’s critical that banks’ portfolio emissions — that is, from the activities that banks finance — are aligned with net zero emissions before 2050, so that the economy can be. That’s the Paris climate goal. As financial intermediaries, banks are key to Australia’s transition to a net zero emissions economy through their investment and lending portfolios.”

“This includes 13 of the world’s largest pension funds and insurers which have joined the Net Zero Asset Owners Alliance, committing to transition their investment portfolios to net zero by 2050,” she said.

“Our report is a stocktake of bank net zero commitments in Australia and shows some positive movement in the right direction, but there’s still a long way to go.”

The challenges of working in a lab

Gas flow measurement: what you don't know can be very expensive