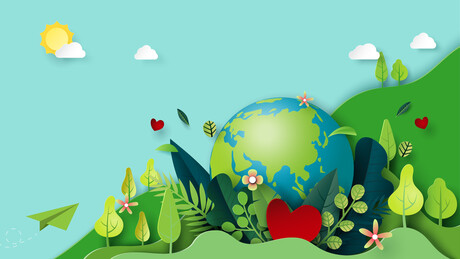 US President Biden has invited 40 world leaders (including Scott Morrison) to the virtual Leaders Summit on Climate, which is being live streamed tonight.

The summit has been designed to underscore the urgency — and the economic benefits — of stronger climate action and will set the stage for the United Nations Climate Change Conference (COP26) this November in Glasgow.

The United States is expected to announce an ambitious 2030 emissions target as its new Nationally Determined Contribution under the Paris Agreement. In his invitation, the President urged leaders to use the summit as an opportunity to outline how their countries also will contribute to stronger climate ambition.

Dr Emma Shortis is a Research Fellow at the EU Centre of Excellence at RMIT University and commented on what the upcoming summit means to Australia. She said: “Biden and his climate envoy, John Kerry, have said in no uncertain terms that Australia needs to take substantial action to tackle climate change.

“In response, the Australian Government has changed its rhetoric but not its policies.

“The Morrison government will go to the summit assuming it can wait out any pressure from the Biden administration, hiding behind complicated but ineffective policy pronouncements and assuring itself that the consequences of US pressure will be minimal.

“Whether the Biden administration and the European Union continue to tolerate this inaction, it will have significant consequences, both for the outcome of this summit and for the approach world leaders take to COP26 in Glasgow in November.”

In recent years, scientists have underscored the need to limit planetary warming to 1.5°C in order to stave off the worst impacts of climate change. A key goal of both the Leaders Summit and COP26 will be to catalyse efforts that keep that 1.5-degree goal within reach. The summit will also highlight examples of how enhanced climate ambition will create good paying jobs, advance innovative technologies and help vulnerable countries adapt to climate impacts.

Membership to the CMI has grown 36% this financial year with Coles signing on this month as the 100th member, following the retailer’s commitment to using 100% renewable electricity by the end of FY25, reducing Scope 1&2 emissions by more than 75% by the end of FY30 (from a FY20 baseline) and achieving net-zero emissions by 2050.

CEO of the CMI John Connor said the surge in membership across the carbon market value chain is further evidence that this year is lining up to be a crucial one for corporate emissions reduction policies.

“Australian companies are now looking for economic opportunities in the transition to net-zero emissions and there is growing demand for more sophisticated carbon market services,” Connor said. “FEX Global, for example, is looking to offer exchange traded futures contracts for low carbon energy and environmental products.

“While we welcome the Morrison government’s pragmatic approach to developing technologies to help Australia reach net-zero emissions, we are yet to see Australia commit to the scale and speed, or the policy framework, required to play our fair role.

“This year, whether at the Biden Summit or at COP 26, I hope to see other existing policy levers — such as strengthening the Safeguard Mechanism — brought in, to give clarity to Australian companies as they make key investment calculations.”