Sustainable power in a world of rising energy prices 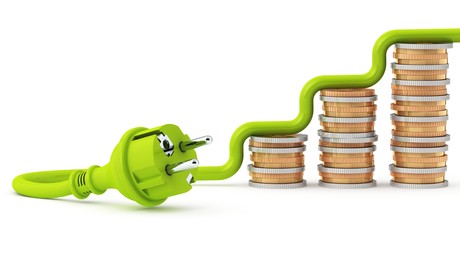 Australia is in the midst of a seismic change in the way we generate and consume energy. Never before have we had access to as many sources of energy and power generation as we do today.

Renewable energies such as solar PV, solar thermal, batteries and wind, which were considered uneconomical as little as 10 years ago, have all dropped in price — so much so that in many cases they are cheaper than conventional sources of electricity such as coal, gas and hydro. While there are many reports and publications that detail the specific numbers, the trend is clear: renewables will continue to lower in cost against the existing mature technologies.

The problem for Australian consumers is that this is not translating to lower energy prices. In fact, the opposite is true. The last five years have seen unparalleled increases in the cost of electricity and gas in the Australian market.

The price hikes are due to a number of factors. Australia’s gas market is experiencing unprecedented export levels, which has restricted gas availability for the domestic market. It’s not that there isn’t enough gas; rather, too much is being exported and it’s constraining the local market. In the case of electricity, the lack of investment in power generation over the last 30 years has created a similar result. The transition to renewables that is now underway has left gaps in our generation market. Until recent times, these gaps would have been readily filled by gas peaking power plants, but these are now unable to compete due to skyrocketing gas prices.

Meanwhile, consumers are left wondering how to respond to this change. At a domestic level, we have seen the reaction to this in the uptake of rooftop solar. At more than 20%, Australia now has some of the highest rooftop solar penetration in the world.

For industry and the commercial building market, the solution is not so simple. Historically, industry has tackled the problems of rising energy prices with two- and three-year electricity and gas contracts, but with rising prices these strategies are no longer reliable. Indeed, as gas and electricity markets have tightened, many three-year contracts have delivered prices in the third year which are simply unaffordable. Companies are faced with a new economic reality that ‘business as usual’, when it comes to energy, is not sustainable.

Overshadowing this energy upheaval is the issue of climate change. For industry, it’s clear that there will be a price of some form on carbon emissions. Our banks and large public companies now all have climate change policies requiring them to commit to and reduce their greenhouse gas emissions. Recently, we’re seeing the commercial building industry embrace ‘Net Zero 2030’, with a commitment to buildings having net zero greenhouse gas emissions by 2030.

So, for industry the fundamental question is: how do we secure our cost of energy, both to sustain our business and reduce our emissions?

The answer is: keep your options open. We know that one thing is certain, and that is technology will change. It’s vital that business owners ensure their building or factory is set up to make use of technologies, both now and in the future, to enable them to keep operating in a competitive commercial environment.

So, what does this look like for a building owner or in industrial applications?

The answer is it is a mix. A mix of what can be economically sourced from the grid, what energy efficiencies can be achieved internally, and what meter generation and storage system technologies are available to reduce energy costs today.

An example of this is the collaboration between Optimal Group and Walker Corporation. Together, they are developing a true microgrid at Tower Three in the flagship Collins Square precinct. Each of the five towers at Collins Square includes fully integrated Capstone microturbine power generation. The trigeneration systems provide the central electricity, as well as all heating and cooling for the towers. The result is a NABERS energy rating of more than 5.5 stars. More recently, Tower Three had 100 kW of PV solar installed on the roof, bringing its rating to 6.2. This gives Tower Three the distinction of being one of only three commercial office towers in Victoria to carry a rating over 6 stars.

The microgrid system under development includes 150 kWh of battery storage, supercapacitors and Optimal’s integrated energy management system. The long-lasting 80,000 h service life of the Capstone microturbines means that the system is poised to take advantage of new technologies and market opportunities in the future. For example, the expected introduction of hydrogen and biogas to the network in the near future will result in even lower greenhouse gas emissions.

Probably the most important, and as yet undeveloped, market opportunity for the Collins Square towers is a future grid response market. The buildings’ trigeneration systems are ideally placed to provide demand response and frequency response at times of network instability of shortfall. In addition to this, the use of hydrogen or biogas will allow Collins Square to increase the output from its on-site generation from simply meeting the buildings’ needs to exporting to the grid.

It’s a really clear example of how rising energy prices are changing the way business and industry thinks about power security. Ultimately, businesses are able to utilise existing technology to both reduce electricity costs and carbon emissions now, as well as set themselves up to capitalise on future technology and market opportunities.

The role of video and audio tech in health care