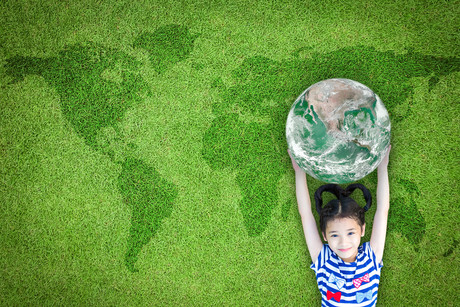 Unlike all of Europe and most of Asia, Australia is rich in space. Our cities can sprawl — and they do. As such, our waste also sprawls into ever-expanding landfills, where it is, for want of a better word, wasted.

Australia is one of the biggest producers of municipal waste per capita in the world. Every year, Australia saves 25 million tonnes of waste from going to landfill. But it takes very little to make a truckload of separated waste unusable, which is the general waste problem.

Even some of the most environmentally savvy people don’t fully understand where everything goes in our complicated waste and recycling system. For example, many of us think pizza boxes are an excellent candidate for recycling. After all, they’re made of cardboard. But if there is any contamination with leftover food, pizza boxes cannot be recycled into new paper products. On top of this, there is still a considerable stream of unrecyclable waste — Municipal Solid Waste (MSW) — produced every day.

Landfills can be used in the rehabilitation of degraded mine sites. However, organic waste is a significant component of waste in landfills, and this produces methane. The upside is that the methane, and other landfill gases, can be captured and used as fuel to produce energy. That may sound like a less than sustainable process, but it turns out to be the right thing to do.

Methane is 25 times more potent than CO2 as a greenhouse gas. Burn the methane to create energy and you get an equivalent amount of CO2 and water. That’s a 25-times reduction in the landfill’s production of greenhouse gases.

Methane is produced from the breakdown of organic matter in the MSW stored in landfill. That organic matter was going to break down anyway, and its carbon was going to return to the environment and be re-absorbed by growing plants sometime in the future. It was already part of the natural carbon cycle. So, it’s different to CO2 from fossil fuels, which comes from digging up carbon-based materials that were removed from the natural carbon cycle tens or even hundreds of millions of years ago.

This participation in the natural carbon cycle means that the decay of waste, slowly and naturally by microbes, or rapidly by combustion, makes it a renewable energy source.

Instead of burning landfill gas as it is produced, we can move directly to extracting value and energy from organic waste. This energy production from waste which is the transformative power of Energy from Waste (EfW) technology. The biogenic content of wastes — the renewable organic waste from the kitchen and other residues from food processing and restaurants — can all be used to produce energy in a renewable and sustainable way.

In Australia, Veolia’s EarthPower facility in Camellia, NSW, turns food waste into energy using what is, basically, a scientifically optimised version of the process that occurs in landfills. It is called anaerobic digestion, and it relies on microbes to turn organic waste into biogas. This biogas is a fuel input for EarthPower’s cogeneration system, which produces heat and green electricity that is sold into the grid.

The leftovers from this process form valuable fertiliser, which goes to farmers. Some farmers are using this same EfW process on their waste, but on a smaller scale, to generate energy or to provide heat to the sheds.

MSW also contains many other non-organic components, such as plastics or materials manufactured from plastics. These can be used as an alternative fuel source. However, they aren’t considered renewable because plastic is generally sourced from fossil fuels.

There are already many facilities in operation around the world producing alternative fuels from plastic and from waste biomass (ie, manufactured wood products). There are many more EfW plants in operation burning MSW (both organic and inorganic wastes) to create energy, using a mixture of technologies. The primary process used is incineration to generate electricity and heat, with advanced technology filtering the exhaust air to minimise emissions to the atmosphere.

What can we do to bring more EfW facilities to Australia? It’s time we devoted resources to working together to create the EfW solutions Australia needs. As individuals, we can support legislation that will help make EfW viable. EfW facilities are big projects, and they require collaboration on many levels to be successful. Now is the time to start laying the groundwork and building the connections and know-how we’re going to need to support a sustainable future for Australia.