Set your scepticism to the side for one moment. There are cities that are well on their way to achieving this — and those that aren’t have something to aspire to. We should all be able to live in a sustainable city.

To this end, since 2015 Arcadis has looked at 100 cities around the world through the lens of people, planet and profit to inform our Sustainable Cities Index.

Cities are absolutely vital. More than half of the global population lives in cities and this is projected to grow to two-thirds by 2050. By ensuring the sustainability of our cities, we can focus effort to benefit the greatest number of people.

In Australia, around half of the population lives in the east coast cities of Sydney, Melbourne and Brisbane. It’s no coincidence that these are the three cities that feature in our index. It’s also no surprise — at least to urban planners and urbanists — that the Australian cities largely sit in the middle of the pack of the 100 assessed.

Overall, Sydney came in at number 33, followed by Melbourne at 60 and Brisbane at 64. I can hear you ask, how can this possibly be? Australian cities are amongst the most beautiful and clean in the world. Other indexes proclaim Adelaide and Melbourne as amongst the most livable. However, the Sustainable Cities Index looks at a more complex matrix of 28 indices to reveal a more holistic measure of what makes a city sustainable.

Amongst the many, we look at air pollution, green spaces, energy consumption and renewable energy share, and access to sustainable transport. There is the cost of broadband and Wi-Fi, rates of education, access to health care, income inequality. We factor in ease of doing business, economic development, employment rates, green finance and job quality.

International cities in competition with each other for the best talent in the world continually improve on these metrics.

The fact of the matter is, we’ve been trading on our natural assets for such a long time, that we’ve failed to keep up. The OECD has a tool that allows you to check how OECD countries rate on different factors of attractiveness for migrants. Unsurprisingly, Australia rates highly for quality of life. We don’t rank quite as well in other areas including quality of opportunities or income and tax.

However, just focusing on those two areas won’t necessarily shift the dial on the attractiveness or sustainability of our cities. What our Index clearly demonstrates is that there’s no “one thing” that makes a city great because our cities are continually evolving in response to tests, challenges and demands from our people. For all the hard infrastructure, our cities need to be malleable.

Take COVID for example. During our hard lockdowns, all of our cities — and perhaps Sydney in particular — identified a significant inequality dependent on where someone lived. Not everyone had access to a home office. Many worked from their kitchen tables or bedrooms for months on end. Others didn’t live near green spaces or beaches and so recreational activities were limited to their surrounding concrete jungles. Access to reliable internet was a challenge for some. The ability to work COVID safely was an issue for others.

The investments we’ve made over the years towards 30-minute cities are now ramping up as we finally recognise that our cities are more than our CBDs. The experience of living in Sydney or Melbourne or Brisbane should be consistent no matter which part of the city you live in. The indelible march towards hybrid work arrangements forces us to look at our cities through new eyes. Are we fit for purpose? And if not, what do we need to change?

The beauty of the Sustainable Cities Index, at least from my perspective, is not that it pits our cities against each other — that isn’t the intention. It’s that we can take something from our international peers. There is no pinnacle of success — no one city that trumps them all. We can all learn from each other.

European cities consistently come out ahead in the Sustainable Cities Index, but no city ranks in the top 10 across all three pillars.

Oslo takes the overall top spot in 2022, ranking first in planet, 17 in people and 39 in prosperity. Oslo’s city centre is increasingly car-free and easy to explore by foot or bike. More than half of the municipality is covered by forests and parks. You can swim or kayak in the fjord that extends into the city centre or visit the urban farms.

Tokyo comes in at number three overall and is the only Asian city in the overall top 25. Tokyo ranks in the top 10 for both people and planet, coming in seventh for both. Tokyo has the world’s most sophisticated railway. With 13 subway lines and more than 100 surface routes, most of the metropolitan area can be reached with a train ride and short walk. High employment rates, clean streets and low crime rates are all hallmarks of this international city.

Seattle is number 7 overall and number 1 for prosperity. Washington State’s largest city is home to the headquarters of Microsoft and Amazon and topped the prosperity list for ease of doing business, economic development, green finance, transport infrastructure, employment and job quality. Surrounded by natural beauty, the city came in at 34 for people and 31 for planet.

Once again, sustainable cities are a complex mix of different factors and all the levers need to be pulled if we’re to compete on the world stage as one of the best places in the world to live.

The next time we conduct the Sustainable Cities Index, the results may be very different again. As we speak, our cities are already changing and adapting.

The City of Sydney has released concept designs for a revitalised and much greener Sydney CBD, with more parklands, fewer cars and even a harbourside pool as part of the city’s 2050 vision. More broadly, the vision for Greater Sydney includes the Eastern Harbour City (Sydney CBD as we know it), the Central River City (Parramatta and Liverpool) and Western Parkland City (Penrith and Campbelltown Macarthur). A real step change in how we think about our most populous capital city.

Melbourne has a 2026 vision to be more sustainable, inventive and inclusive. This is only four years away. Collaborating with universities, the City of Melbourne is creating an innovation district north of the CBD to attract more small businesses, startups and social enterprises to the area. Connecting the city is also a priority with the rapidly growing Southbank set to be connected to the Yarra River and Arts Precinct with improved pedestrian access, footpaths, cycling routes, tree planting and more community spaces.

Brisbane is also working on its vision for 2032 to coincide with the city hosting the Olympic and Paralympic Games. While there is no detail yet, the City of Brisbane is working with stakeholders, local communities and businesses to create a new masterplan for a city that is more connected, more welcoming, more green and more animated.

I am excited by this Index and what it says about the evolution of our cities to be real drivers of innovation and change. By looking at our cities through the lens of people, planet and profit, we can continue to push ourselves to deliver experiences to our communities that foster inclusivity, sustainability and prosperity for all. 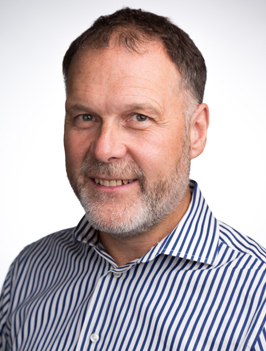 Australian exports may be at risk of substantial fees if the country does not implement a carbon...