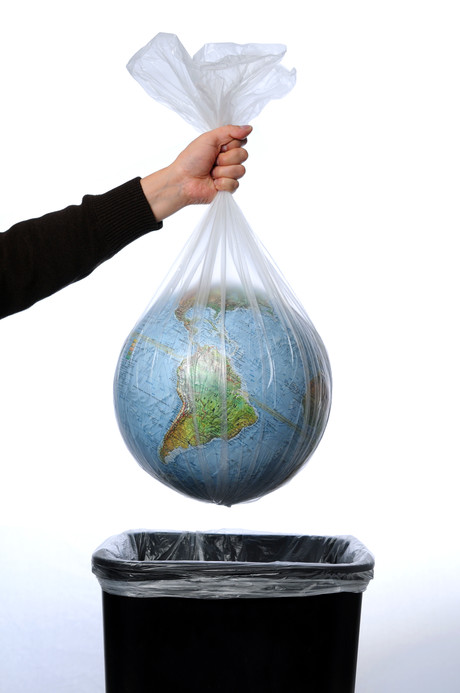 A Senate inquiry into waste and recycling in Australia has called for drastic measures to manage an industry which is still struggling in the wake of China’s National Sword policy, which has affected 1.25 megatonnes of recyclables previously exported to China.

Produced by the Environment and Communications References Committee and titled ‘Never waste a crisis: the waste and recycling industry in Australia’, the report makes 18 recommendations based on submissions from industry, government and business. In particular, it emphasises the need for a circular economy in which materials are used, collected, recovered and re-used, in the form of product stewardship schemes, container deposit schemes and, most controversially, the phasing out of petroleum-based single-use plastic bags by 2023.

Whether or not all 18 recommendations will be implemented, the news has caused a splash, particularly as it comes less than a week after Woolworths implemented its own ban on single-use plastic bags — a move which can only be described as having received a mixed reception from Australian shoppers. Yet despite the idea of a national ban sounding like a radical one, it is consistent with commitments made by an increasing number of countries worldwide.

“In support of this global movement, SCU’s National Marine Science Centre has announced that we will cease purchase of single-use plastics from 1 July 2018.”

Other Australian academics were similarly supportive of the idea, with Katherine Gaschk, a Research Masters candidate from Murdoch University, saying a plastic bag ban will be “essential” if we are to reduce the amount of single-use plastics that can end up as environmental pollution both on land and in our oceans. She added that retailers, consumers and manufacturers must be educated about the impacts on plastic pollution and how we can reduce our dependence on plastics.

Associate Professor Leonie Barner, from the QUT Institute for Future Environments, was quite upfront in her statement that we should ban “single-use plastics which cannot be recycled in Australia as soon as possible”.

“For example, Styrofoam (expanded polystyrene, EPS) cannot be disposed of via the recycle bin (at least in Queensland) and therefore should not be used as single-use food containers. There are already alternatives available which are more environmentally friendly and can be used instead.

Thavamani Palanisami, a Senior Research Fellow at the Global Center for Environmental Remediation (GCER) at the University of Newcastle, similarly noted that while the banning of single-use plastic is “a crucial measure” that needs to be taken, there is still the need to regulate other types of plastic.

“All the present tags used for plastic such as ‘biodegradable’, ‘bio-based’, ‘100% degradable’, etc, only confuse the public, making them assume that they are doing the right thing by using these bags,” he said. There is therefore the need to set standard testing methods to verify the biodegradability of the plastic items tagged as ‘biodegradable’, as well as to create public awareness about types of plastic and their individual behaviour.

Simon Lockrey, a Research Fellow at RMIT University, added that the ban must be supported by systemic change to supply chains, consumption behaviour and attitudes — otherwise, there is the risk of driving up waste through rebound effects.

“Without acknowledging other changes to that system when taking away single-use packaging, we may move the waste burden, sometimes to more impactful levels; eg, packaging can be a low impact compared to food waste impacts,” he noted. “Therefore it would be good with this Senate initiative to see the complementary strategies for industries using single-use packaging to make sure we are in a waste reduction winner all around.”

The Waste Management Association of Australia (WMAA) was particularly supportive of the report, welcoming the emphasis on the circular economy, the waste management hierarchy and sustainable procurement. According to the association’s CEO, Gayle Sloan, “This report firmly backs the position of WMAA and the entire industry.”

WMAA has been highlighting the requirement for the federal government to set mandatory targets for all government departments on specifying materials bought directly, or via private contractors, to contain recycled content, with Sloan saying, “Long before China’s National Sword policy made this an economic challenge for Australia, our industry has been saying to government that we need to rethink the way we use recycled commodities in this country and create an industry for those commodities.

“WMAA applauds the Senate report for seeing the opportunity that this presents and recommending the need for the federal government to lead and mandate the use of recycled content in government purchasing. Only then will we see a move towards a circular economy.”