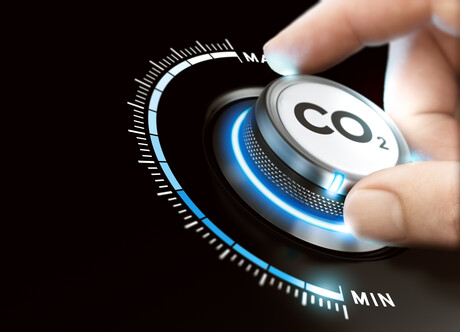 Although the COVID-19 pandemic is causing major disruptions to the trade, tourism, energy and finance sectors, environmental pressures are easing in some of the hardest-hit areas.

An international group of researchers led by the University of Sydney has quantified the socio-economic losses and environmental gains of the COVID-19 pandemic — finding that consumption losses amount to more than US$3.8 trillion, triggering full-time equivalent job losses of 147 million and the biggest ever drop in greenhouse gas emissions. The findings are published in the international scientific journal PLOS ONE.

The researchers found that the travel sector and regions of Asia, Europe and the United States were hit the hardest, with cascading multiplier effects across the globe. Loss of connectivity — imposed to prevent the virus spreading — has triggered an economic ‘contagion’, disrupting the trade, tourism, energy and finance sectors.

Key reductions noted in the study include:

Corresponding author Dr Arunima Malik, from Integrated Sustainability Analysis (ISA) in the Faculty of Science and the University of Sydney Business School, said the experience of previous financial shocks showed that, without structural change, environmental gains were unlikely to be sustained during economic recovery.

“We are experiencing the worst economic shock since the Great Depression, while at the same time we have experienced the greatest drop in greenhouse gas emissions since the burning of fossil fuels began,” Dr Malik said.

“In addition to the sudden drop in climate-change-inducing greenhouse gases, prevented deaths from air pollution are of major significance.

“The contrast between the socio-economic and the environmental variables reveals the dilemma of the global socio-economic system — our study highlights the interconnected nature of international supply chains with observable global spillover effects across a range of industry sectors, such as manufacturing, tourism and transport.”

To chart the world economy and post-disaster impacts using global multi-regional input-output (MRIO) analysis or GMRIO, researchers worked in the open-source Global MRIO Lab. This customisable database is an extension of the Australian Industrial Ecology Lab (IE Lab) led by the University of Sydney.

The advancement of GMRIO has underpinned the increasing popularity and uptake of so-called consumption-based accounting, or footprinting, which avoids loopholes such as ‘carbon leakage’ where pollution is externalised to the producers, rather than consumers of goods and services.

The Global MRIO Lab includes data from statistical agencies, including National Accounts and Eurostat, and international trade data such as UN Comtrade. The lab is powered by supercomputers calculating the impacts of international trade along billions of supply chains extending to 221 countries.

“Thanks to pioneering work here at Sydney, in collaboration with other world leaders in footprinting, it’s now possible to simulate the world economy quickly and accurately to see how society and the environment are impacted by changes in our consumption,” Dr Spence said.

“This research was conducted in the cloud-based Global MRIO Lab and it is these sorts of global, multidisciplinary collaborations that will help us tackle the complex issues of our time.”

Lead author Professor Manfred Lenzen said that the Australian-funded and University of Sydney-led innovation of the IO Labs had really catalysed new research efficiency in Australia.

“Whilst the labs were initially developed by a dedicated team from eight universities and the CSIRO, supported by the Australian Bureau of Statistics, there are now hundreds of users, answering questions ranging from building sustainable cities, avoiding food waste and carbon-footprinting tourism to hedging against major disasters such as tropical cyclones,” Professor Lenzen said.