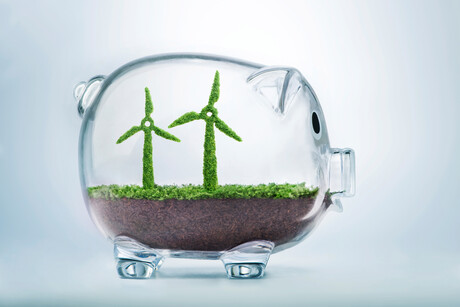 The roadmap has been acclaimed by several key organisations, but concerns have been expressed by the Australian Energy Council (AEC).

Bushfire survivors have described the roadmap as a much-needed plan for a safer, brighter future for bushfire-affected communities.

“This is the type of political leadership and evidence-based policy that NSW residents need for a climate-safe future and thriving economy.

“The experts are clear that climate action delivers economic benefits to Australian communities while avoiding costly impacts of worsening bushfires. This announcement is good news for regional communities paying the price for worsening extreme weather.”

Jan Harris, a bushfire survivor who lost her home in the 2018 Reedy Swamp fire, said, “It has been deeply distressing for bushfire survivors like me to witness the federal government’s refusal to take credible action on climate change, and spruik more coal and gas instead.

“The NSW Government has shown that choosing a renewables-powered economy instead of a coal- and gas-powered one doesn’t need to be a partisan political issue. It’s sound economics and good common sense.

“We continue to urge the federal government to listen to the experts, protect Australians who are vulnerable to climate and economic shocks, and join the growing tide of international, state and local governments taking credible climate action and safeguarding our future,” Harris said.

The World Wide Fund for Nature Australia (WWF-Australia) has applauded the NSW Government for providing climate leadership at such a critical time, encouraging those who would like to further support the agenda to Regenerate Australia.

“This is the biggest, most substantial commitment by any state government to a clean energy transition and a major strategic pivot towards making Australia a renewable superpower,” WWF-Australia Energy Transition Manager Nicky Ison said.

“In particular we commend the NSW Government for prioritising renewable-powered manufacturing where NSW has a global competitive advantage — particularly green steel, aluminium, hydrogen and ammonia.

“WWF has been promoting the vision for Australia to become the world’s leading renewable export superpower by 2030 and NSW’s roadmap provides the right foundation to power past 100% renewables. State momentum is growing, with Tasmania committing to a 200% renewable energy target by 2040,” Ison said.

“As the roadmap notes, global demand for zero carbon products is growing, and now will accelerate following net zero emissions commitments by our major trading partners — Japan, China, South Korea, the UK, and a US Government led by President-elect Joe Biden.

“NSW has some of the best renewable resources in the world and the NSW Electricity Infrastructure Roadmap unlocks the massive economic opportunity this presents.

“It can go a long way to unlocking the 100,000 jobs identified in the EY report that WWF released earlier this year,” Ison concluded.

The AEC is concerned about the potential to undermine national integrated system planning and distort investment signals in the National Electricity Market (NEM), which it claims could ultimately lead to higher costs.

The Council says the roadmap has the potential to detract from the national market framework and hinder its ability to deliver efficient outcomes for consumers.

AEC Chief Executive Sarah McNamara said any government underwriting of specific generation projects has the potential to distort market signals for private generators by protecting new projects from low prices. The market is designed to intentionally put risks on investors rather than consumers.

“We understand the desire of the NSW Government to ensure reliability and manage energy costs — we share those concerns. But there are existing mechanisms in the NEM to encourage investment in new generation,” she said.

“There is already an effective reliability standard in place. The NSW-specific reliability target being imposed under this plan is excessive and, along with the underwriting, may lead to an overbuild of energy assets in NSW. This would ultimately mean higher costs for households.

“Given the interconnectedness of the power system, energy reliability is best managed at a national level rather than state by state.

“It is unclear how this plan, which is designed to boost local NSW capacity, will impact the business case for proposed interconnectors, which are designed to share spare capacity between regions to keep energy costs down,” McNamara said.

“It is imperative that consultative work is done to ensure this NSW roadmap is consistent with the Energy Security Board’s critical work on the post-2025 market design of the NEM, which is currently being finalised. The industry looks forward to those consultations with the NSW Government.”

Smart, digitised buildings of the future are about much more than cost and comfort — they...

Roadmap to transition economy to net zero emissions by 2050

The Australian Sustainable Finance Initiative has released a roadmap that sets out a bold plan to...